Nigeria has significantly reduced the accumulated debt it owes International Oil companies (IOCs) for cash-call for oil and gas production from $5.510 billion to $3.501 billion, the Nigeria Extractive Industries Transparency Initiative (NEITI) has said. 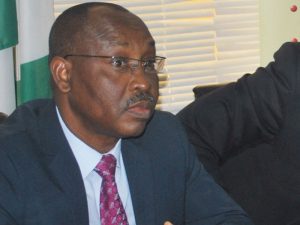 NEITI, in its latest 2017 oil and gas audit report, indicated that as at October 2018, the country’s total cash call liability to IOCs, including the negotiated debt of $5.125 billion, reduced to $3.501 billion.

“The total negotiated cash call liabilities as at January 1, 2016 was $5.125 billion. No payment was made to entities concerned as at December 31, 2017. However, at the time of filing this report, NAPIMS has made payment of $2.177 billion leaving an outstanding balance of $2.948 billion. All the liabilities owed to indigenous oil companies were settled,” said the NEITI audit report.

Nigeria, through the immediate past minister of state for petroleum resources,  Ibe Kachikwu, negotiated a discount off the total cash call debt it owed IOCs for oil production over the years.

The NEITI equally explained in the report that the country was charged N141.632 billion by the Nigerian National Petroleum Corporation (NNPC) as under-recovery cost for supplying petrol at a government-regulated price of N145 per litre.

It noted that N141.632 billion expenditure on petrol was 50 per cent less than what the country paid out in 2015 full year as petrol subsidy cost to oil marketers.

“It is noteworthy to state that in 2015, the last year NNPC operated the subsidy for a full year, the total subsidy approved payment was N317.280 billion. When compared to the N141.632 billion charged for under recovery in 2017, the bill paid by the federation in relation to subsidy has decreased by 50 per cent,” it added.

NEITI stated that in 2017, the revenue earned by Nigeria from the pipeline transportation stream was $99.475 million.

It said: “This was the earnings from federation’s 55 per cent share in the Shell Petroleum Development Joint Venture (SPDC JV),” but that as the time of concluding the audit report, the NNPC had not confirmed receipt of the money even though its auditors confirmed the payment based on the evidence provided by the paying company.