Nigeria and other countries in Africa, Asia and the Middle East, considered high-growth markets for philanthropic activities, have had a centre dedicated to them at the prestigious University of Cambridge in the United Kingdom.

Known as the Centre for Strategic Philanthropy, it is to examine and work to enhance the impact of strategic philanthropy within and from Nigeria as well as the other world’s fastest growing regions, a statement made available to Business A.M. explained.

The statement highlighted three crucial points, namely, that there is currently existing, an annual funding gap of $2.5 trillion required to meet the sustainable development goals (SDGs) by 2030, especially with the further straining of government funding by the COVID-19 pandemic; that there is a rise in emerging market philanthropy, including in Nigeria, which is expected to play an increasingly important role in bridging the funding gaps; and that the centre’s first research work examines how philanthropists in Nigeria and other high-growth markets are changing their priorities and practices in response to the COVID-19 pandemic.
It said the establishment of the centre comes at a time when the role of philanthropy in building social and environmental resilience is seen as increasingly essential. 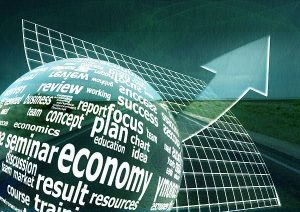 The centre is expected to adopt a combination of what it calls rigorous research, executive education and the convening of diverse stakeholders in order to become “the leading hub of actionable knowledge to catalyse even greater philanthropic impact from Nigeria and the world’s fastest growing regions.”

To achieve its purpose it is promising to work with relevant institutions and practitioners in these fastest growing regions so as to encourage collaboration and the sharing of knowledge and insights.

“Today, well over a trillion dollars of private philanthropic capital, more than triple the annual global development and humanitarian aid budgets combined, is deployed every single year. The evidence is also overwhelming that Nigeria and the world’s other emerging economies are becoming an increasingly powerful source of philanthropic capital and social innovation. With the impending generational transition taking place around the world, it is crucial to properly understand the diverse approaches to philanthropy that exist in these markets, and the local and regional factors that have shaped them,” said Badr Jafar, founding patron of the centre.

He added: “Transparency, technology and evolving attitudes toward wealth are reshaping donors’ approaches to giving worldwide. We will likely fail to address the myriad of challenges on the global agenda over the next decade without making a much greater effort to connect, exchange ideas and partner with strategic philanthropists from Nigeria and the world’s fastest growing regions.”

According to the statement issued to Business A.M., the centre has berthed in the face of a fourth wave of globalisation, where there is a reallocation of economic power southward and eastward. “In 2019, the top 30 fastest growing economies in the world were all in emerging markets. It is estimated that many trillions of dollars will be passed on from one generation to the next in these regions over the next 10 years, with close to $2 trillion wealth transfer by 2030 within Asia alone. Nigeria already has a proud tradition of giving with many of its wealthy individuals setting up foundations and donating money to a range of causes. And the historic period of new wealth creation and intergenerational wealth transfer is expected to lead to a significant increase in philanthropic activity both within and from Nigeria and other fast-growing economies,” it noted.

Indeed, the statement observed that the growth in philanthropy could not be coming at a better time, given the $2.5 trillion SDGs funding gap and the increasing pressure on government budgets as a result of the pandemic and the global downturn.

“As the largest oil producer in Africa, the Nigerian economy is particularly vulnerable to the global slump in demand for oil resulting from the pandemic. The UN’s trade and development agency, UNCTAD, predicts that a $2.5 trillion rescue package is needed for the world’s emerging economies as a result of the pandemic. Philanthropic capital can play an important role in addressing this need, both on its own and in combination with other sources of funding,” the centre observed.

Stephen J. Toope, professor and vice-chancellor of the university, said the planet faces growing challenges, including climate change, which threatens water and food supplies, the ecology and biodiversity, and growing political division, war and infectious disease.

“Global philanthropic capital must be used effectively and for maximum impact to improve our society, and the Centre for Strategic Philanthropy is very well-positioned to champion these efforts,” he said.

In his own response to the launch of the centre, Christoph Loch, professor and director of the Cambridge Judge Business School said the world was witnessing an explosion of wealth generation that is creating philanthropists who can, and will, reject the norms of the past, adding, “Through the work of the Centre for Strategic Philanthropy at Cambridge Judge Business School, we will be examining how we capture this diversity while also engaging with philanthropists from the target regions to support them in maximising their impact.”

Academic director of the new centre, Kamal Munir, offered that the centre will aim to bridge the gap between academics and practitioners in philanthropy, adding, “We hope to be able to offset the significant dearth of research in this field and help improve the transformational impact that philanthropy can achieve, when at its most creative.”

According to the statement sent to Business A.M., the centre is currently undertaking a number of research projects, including the comprehensive analysis of existing research related to philanthropy in the world’s high-growth markets to understand what is already known on the subject, as well as a practical needs assessment being conducted in direct consultation with philanthropic practitioners, academics and other stakeholders on the ground in the world’s fastest growing regions.

“Around the world, philanthropy is mobilising to fund measures against COVID-19. Such efforts are more important than ever with the pandemic threatening to wipe trillions off the global economy.

“But faced with such wicked problems, funding, while necessary, is just the starting point. Global giving needs to be effective, measurably impactful, and scalable if entrenched global problems such as pandemics are to be successfully tackled,” said Clare Woodcraft, executive director of the centre.