Udoma Udo Udoma, Nigeria’s minister of Budget and National Planning, has assured that despite dwindling revenue, the federal government will continue to prioritise health expenditures. 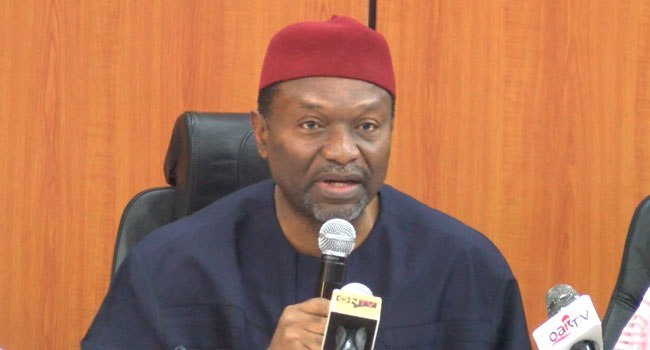 The minister who gave the assurance at the Nigeria Value for Money in the Health Sector Workshop Tuesday in Abuja also said the government is working to improve the country’s mortality rate which is among the
lowest in the continent.

According to Udoma, the constrained fiscal space occasioned by drop in oil price and disruption to crude production continues to reflect on revenues.

The minister also said that dwindling donor funding has further compounded the matters with the country transition from the status of a poor country to a developing economy.

He, therefore, noted that notwithstanding the government’s tight revenue inflow, there is need to increase expenditure in the health sector added that it is collaborating with governments at all levels to on the need to maximize value for allocation to the sector.

In his presentation on reprioritizing health in the national budget, Ben Akabueze, director general, Budget Office of the Federation, disclosed that the federal government has earmarked the sum of N43.5 billion for routine immunization programme in 2019.

There was a need to upscale allocation to primary health care just as he called for equity in the allocation of funds to
different areas in the sector, he said.

Akabueze explained that because Nigeria was operating a deficit budget it has become very difficult for the country to further borrow to fund projects in the health sector.

According to him, this has placed a limitation on “how much we can borrow.

To turn the tide around, he said the country much seek ways to attract other sources of funding.