Barely a week after the meeting with state governors where the indication was given that closed borders will soon be reopened, Nigeria’s President Muhammadu Buhari on Wednesday ordered the immediate reopening of four Nigerian land borders. 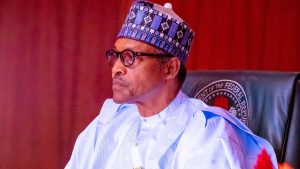 The borders to reopen are those of Seme, Illela, Maigatari and Mfun.

The Presidency made this announcement via its Twitter handle where tweeted, ordering the borders, which have been partially closed for over a year to be finally reopened.

The national land borders were ordered partially closed by the president in October 2019 in a bid to curtail the illegal activities of weapon and drug smugglers. On December 8 2020, the Nigerian president announced that after his executive meeting with the state governors, there were signs that the closed borders could now be reopened.

“In my meeting with state governors today I explained that the closure of Nigeria’s land borders was partly an attempt to control the smuggling in of weapons and drugs. Now that the message has sunk in with our neighbours, we’re looking into reopening the borders as soon as possible,” he had tweeted afterwards.

The reopening has been highly anticipated by stakeholders in the economy who see it as a possible game-changer to help drive down inflation and also reduce pressures on the country’s local currency, the naira.

However, it is likely to pave the way for the continuation of the illegal activities of smugglers which has created an adverse market impact on locally produced goods as well as local industries.

Consequently, the order for the immediate reopening of the borders can be seen to come as part of preparation towards the commencement of the African Continental Free Trade Agreement (AfCFTA), which was ratified by the Nigerian government back in November.