Nigeria’s federal government says it has disbursed N34 billion for the construction of 377 roads in 266 rural communities across the six geo-political zones of the country, especially in farm produce transportation routes, aimed at curbing post–harvest losses bedevilling the agriculture sector. 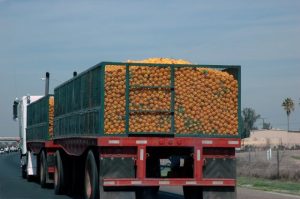 Clem Agba, minister of state for budget and national planning, disclosed this during a visit to the palace of Godwin Ogunyibo, the Agadagba of Olodiama, following an inspection of the on-going 9km Igo-Ikpella rural road project in Ovia North Local Government Area of Edo State.

Agba explained President Buhari’s decision to embark on the rural roads project was spurred by his concern for post-harvest losses suffered by farmers who are mostly domiciled in rural areas of the country, adding that the 377 rural roads are being constructed under the supervision of the Federal Ministry of Agriculture and Rural Development (FMARD).

He said the government is particularly concerned that food produced in the rural areas finds it difficult to get to the cities because of poor road networks, a hindrance to the economy diversification and sustainability plan of the government.

“The farmers suffer a lot of post-harvest losses and the only way we can encourage investors to ply these rural areas and also encourage farmers to produce more is to build these roads,” he added.

He also disclosed that apart from the N34 billion for the rural roads, the sum of N60 billion has been disbursed for the maintenance of 257 federal roads across the six geo-political zones.

This maintenance work, according to him, is being supervised by the Federal Road Maintenance Agency (FERMA).

He thereafter called on the people of the communities where the roads are sited to cooperate with the contractors to ensure quality work.

Godwin Ogunyibo, the traditional head of Olodiama, commended Buhari for the project as it shows his concerns over the challenges of farmers in the rural communities.

“We are fishermen and our fish does not get to the market because there is no road, we also do not have means of preserving these fish,” he noted.

He expressed optimism that the road project will enhance the livelihood of the people by boosting the fish market.