Nigeria is continuing to struggle in its attempt to reduce the dominance of oil and gas exports in its total foreign trade volume and value, latest data have shown. 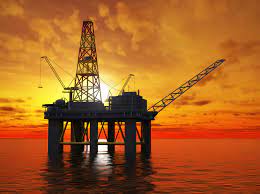 While the country’s foreign trade volume rose 62 percent to a total trade value of N13.28 trillion in the third quarter of 2021, its trade balance recorded a negative result as value of total imports overan exports leading to a trade deficit of N3.02 trillion in the period under review, as against N1.87 trillion posted in the preceding quarter (Q2 ‘21).