Wheat, recognised as one of the most dominant staple food crops for humans is noted for its unique agronomic adaptability, ease of grain storage, and flour conversion,  providing food energy and protein worldwide since the beginning of time, and spanning centuries. 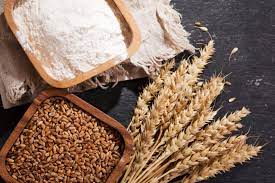 Wheat grain production, according to the Food and Agriculture Organisation (FAO), covers over 215 million hectares globally, possessing a world trade capacity estimated at over 600 billion metric tonnes, is greater than all other crops combined, while its volume is surpassed only by corn and rice.

Wheat flour, the powder derived from ground wheat essentially for human consumption, serves as a major ingredient in baked food products including, bread, pasta, noodles, semolina, biscuits and several other confectioneries, making wheat an indispensable commodity in the global market.

With a world population projected at 9.7 billion in 2050 (UN population statistics), the demand for wheat is expected to increase by 60 per cent.

An overview of Nigeria’s wheat market

However, the overall wheat production of these states has been reported to be too meagre to serve a population that is increasingly reliant on wheat flour-based food products including, bread, semolina, pastas and other major stables in Nigeria’s growing urban areas.

Data provided by the agriculture ministry indicated that Nigeria produces an annual volume of about 420,000 tonnes, while national consumption was recorded as 5.26 million metric tonnes, leaving a shortfall of about 4.5 million tonnes.

As a result, Nigeria is forced to import about four million tonnes of wheat per year and the country’s wheat import data shows that Russia, the United States, Canada, and Australia supply the bulk of Nigeria’s wheat imports destined for milling and other productions.

Data by the International Trade Administration (ITA) showed that Nigeria imported an estimated $1.8 billion worth of wheat in 2019 and nearly $2 billion in 2020. With the country’s wheat milling capacity at over eight million tonnes.

Between January-November 2020, Nigeria, according to the USDA, imported a total of 1,292,029 million tonnes of wheat from the U.S, making it the fifth largest U.S. wheat importer in the world after the Philippines, Mexico, Japan and China.

Statistics from the Central Bank of Nigeria (CBN) also confirmed Nigeria’s high import expenditure when it disclosed that Nigeria spent about $6 billion on importation of wheat from 2016 to June 2020.

Speaking on the reason for Nigeria’s high import level, Yahaya Bunkure, general manager, sales and marketing, Olam Nigeria Limited, explained that local industries spend billions of dollars on the importation of wheat to meet increasing demand due to poor seeds and diminishing yielding capacity associated with the locally produced crops.

He further disclosed that Olam has supported the federal government national wheat production with N20 million intervention funds for growers in the north, adding that Nigeria needs to demonstrate more political will to harness its self-sufficient potential in wheat production.

Market analysis has also stipulated that the country will increasingly be reliant on imported foods because local agriculture is unable to keep up with surging food demand as bread, semolina, and durum pastas and other wheat flour based products are fast becoming the major staple in Nigeria’s densely populated urban areas, and about seventy per cent of flour milled from wheat goes into these products, which are expected to remain less expensive and more readily available only when imported.

In spite of efforts targeted at encouraging local production and reducing importation to the barest minimum through the implementation of the CBN forex ban, which pressured local flour mills to source foreign exchange to pay for their imported wheat, at parallel markets where rates are significantly higher, local wheat production has failed to generate increased productivity with consumers and bakers made to bear the brunt of production costs.

Between March and August 2020, a 50kg bag of wheat flour, which sold for N8,500 in 2019 was up by 52.9 per cent to sell at N13,000. Barely a month later, it had risen to N13,500, spurring Nigerian bakers under the auspices of the Premium Bread Makers Association of Nigeria (PBAN) and Association of Master Bakers and Caterers Association of Nigeria (AMBAN), to threaten strike actions in order to press the government in subsidising the production costs of bread and other wheat-flour based products.

Recognising the implications of the bakers’ demands, the government was forced to intervene and negotiated an acceptable price for bread, noodles, and pasta, preventing what would otherwise have led to national disruptions in the flour market.

Though it is an understandable fact that the covid-19 pandemic and the lockdown imposed by several governments around the world affected wheat prices globally, especially for high import countries like Nigeria, flour millers, local farmers and other stakeholders have identified a lot of underlying factors responsible for the increased rate of imported wheat flour in Nigerian markets.

Sani Umar, non-executive director, Northern Nigeria Flour Mills Plc noted that wheat production in the country has not been commendable over the years because a national strategy for wheat development in the country is not in motion.

He bemoaned the difficulties flour millers experience while importing wheat due to forex restrictions and other logistics involved. According to him, flour millers prefer to have their wheat locally sourced but shortages and unavailability in the market has left them with no other choice than to seek foreign sources.

Gbenga Olabanji, erstwhile executive director of the Lake Chad Research Institute (LCRI), who is a renowned researcher in Nigeria’s wheat development, noted that there are conflicts in the official data on wheat production in Nigeria.

According to him, the pictures of the Food and Agriculture Organisation (FAO) and the National Bureau of Statistics (NBS) are not in agreement, giving investors and marketers a blurry view of the wheat market.

Olabanji made a case for harmonised, up-to-date and reliable data on wheat production within the country. To this end, he disclosed that Flour Mills of Nigeria (FMN) is sponsoring the initiative of generating such data, which will obviously benefit the industry and the entire economy. This, he said, will involve surveys and methodology, and a partnership with the NBS.

Meanwhile, the Wheat Farmers Association of Nigeria blamed the government for initiating “uninspiring” policies which hindered the development of the wheat production sector.

Salim Mohammed, president of the association described wheat as a “political crop”, stating that the crop has been politicised by the government.

Mohammed noted that the government had showered much interest on rice production and has failed to focus or place the same effort towards the wheat sector.

He enjoined the government to implement policies that will favour wheat production and also, make credit facilities easily accessible to farmers through the Anchor Borrowers’ Programme (ABP) and also, fund research institutes in the country to enable them provide high yielding quality seeds for the farmers.

During a national wheat stakeholders workshop organised by the Federal Ministry of Agriculture and Rural Development that had in attendance 118 participants drawn from international and national agricultural research centers, federal/state agriculture ministries, Flour Millers Association of Nigeria, Wheat Farmers Association, as well as other stakeholders in the wheat sector, the following constraints to wheat production were highlighted:

* Most farmers do not possess good wheat varieties with good baking quality.

* Funds disbursed by the government and millers to support wheat production often go to middlemen instead of farmers.

* Aggregation for industry off take or repayment of ABP loans challenging due to geographic dispersion of farmers.

*Lack of national roadmap for wheat to guide the sector.

The workshop, which had the theme, “Transforming wheat production in Nigeria through increasing synergies and adopting new technologies”, presented the following recommendations towards empowering and developing local wheat production:

*Increase funding of ADPs, the LCRI.

*Easy and timely access to financial support from both the private and governmental agencies.

*To enhance provision of inputs, extension services and aggregation, wheat farmers should be organized into clusters which require both mapping of clusters and training on proper group formation.

*Farmers should be streamlined to produce varieties that are of high demand by millers and bakers.

* Development of a robust road map for wheat grain and seed production.

* Provision of quality seed and fertiliser to farmers at subsidised rates.

* The need to reduce drudgery in agricultural production through mechanisation and improved agricultural technologies.