Following federal government’s plan to monetize the country’s asset, the Bureau of Public Enterprises (BPE) has estimated total revenue of N493.4 billion from the sale or concession of some of its assets in order to raise funds to finance the 2021 budget. 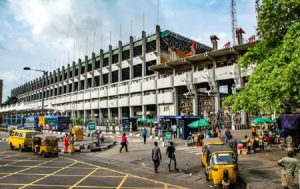 The assets and the projected amount expected to be generated from the sale or concession, which was contained in a document put together by the Bureau of Public Enterprises, show the classification of the properties under categories ranging from energy assets to industries and communication department, and development institutions and natural resources.

The BPE document submitted to the National Assembly shows that the government would earn the highest sum from the energy department at N484.48 billion, while earnings from industries and communication department, development institutions and natural resources were projected at N9.239 billion and N51.1 million respectively. Also, a total cost of N626.2 million was estimated for the departments covering infrastructure and public-private partnerships.

In addition, the BPE estimated an earning of N212.458 million for the post-transaction management department. However, while the country’s four refineries were grouped under energy department and classified as core investor sale, the amount to be earned from the facilities was not stated in the document.

The Transmission Company of Nigeria (TCN) was grouped under the energy department and would be under concession; although no amount was stated as the expected earnings from the TCN, the Lagos International Trade Fair Complex, Tafawa Balewa Square, River Basin Development Authorities, were grouped as assets for partial commercialization and concession. Also, the Abuja Environmental Protection Board, Abuja, the ICC, Nigerian Film Corporation, among others would be commercialized or given to concessionaires.

Zainab Ahmed, minister of finance, budget and national planning, had in January 2020, told lawmakers that the federal government, in a bid to fund this year’s budget would sell selected properties. She added that the Federal Government would also engage in domestic and foreign borrowings to fund the budget.

Telecoms mergers, infrastructure, acquisitions to hit $10b in Africa in 2019