Nigeria will use nearly a quarter of its 2020 budget to repay debts the government owes locally and internationally. 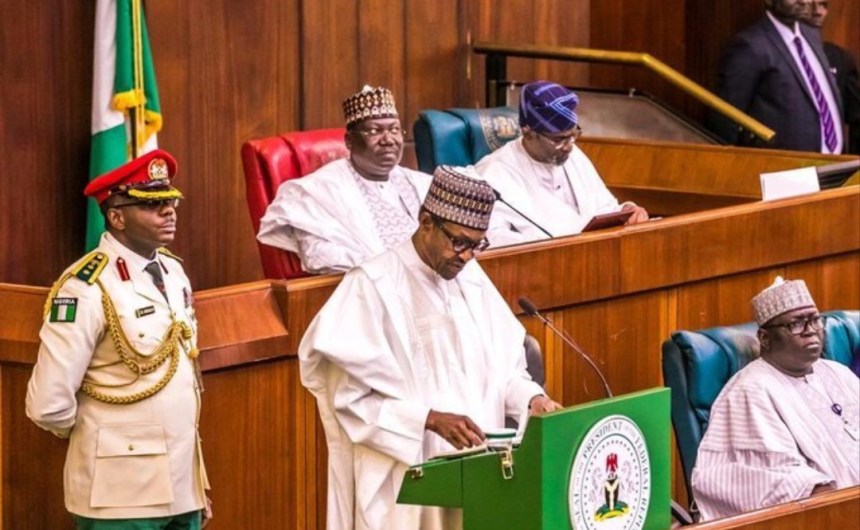 President Muhammadu Buhari on Tuesday presented a spending plan of N10.3 trillion to the National Assembly, making next year’s proposed budget the country’s highest ever.

Of that amount, Mr Buhari said his government will spend N2.5 trillion to service debts.

According to president, the budget is targeted at “strengthening the country’s macroeconomic environment, human capital development, critical infrastructure and the enhancement of the administration’s social investment programme”.

With a foreshadowed GDP growth of 2.9 per cent and an expected single-digit inflation rate, N8.2 trillion is estimated as the total Federal Government revenue in 2020.

This comprises N2.6 trillion as oil revenue, N1.8 trillion from non-oil tax revenues and other revenues of N3.7 trillion.

Buhari said the huge provision for debt payment is to register the country’s commitment to meeting its obligations.

“Of this amount, 71 per cent is to service domestic debt which accounts for about 68 per cent of the total debt. The sum of N296 billion is provided for the Sinking Fund to retire maturing bonds issued to local contractors.

“I am confident that our aggressive and re-energised revenue drive will maintain debt-revenue ratio at acceptable and manageable levels. We will also continue to be innovative in our borrowings by using instruments such as Sukuk, Green Bonds and Diaspora Bonds,” he added.

The president proposed N3.6 trillion for personnel and pension costs, giving that recurrent bill an increase of N620.28 billion when compared to 2019 budget.

Buhari said this addition is to cater for the “new minimum wage as well as our proposals to improve remuneration and welfare of our Police and Armed Forces.”