The United States and Nigeria have signed a Memorandum of Understanding (MoU) that launches a Cultural Property Implementation Agreement (CPIA)  aimed at the preservation, restoration, and protection of Nigeria’s diverse cultural heritage, including its historic archaeological and ethnological materials. 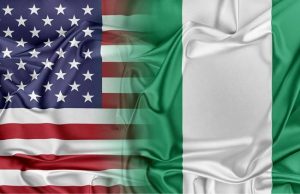 The agreement was signed in Abuja, Nigeria’s capital city, by Mary Beth Leonard, U.S. ambassador to Nigeria and Lai Mohammed at a ceremony attended by Geoffrey Onyeama, the minister for foreign affairs as well as  U.S. Embassy representatives.

Speaking at the event, Mary Bethleonard said  Nigeria’s cultural property has been subjected to the threat of pillage, destruction, and loss due to excavation, criminal activity, natural disasters, subsistence digging and smuggling to Europe, the U.S, and other foreign countries by illegal art collectors.
Bethleonard noted that Nigerian  museums lost over four hundred heritage items between 1969 and 1999, including Ife and Benin bronzes, and Nok and Owo terra cotta, wood and ivory sculptural pieces.

According to the US ambassador, the agreement will facilitate more robust collaboration of U.S. and Nigerian federal law enforcement and border control agencies whose mission is to identify, intercept, repatriate, and protect cultural property and related heritage works.
“Their efforts advance our shared interests in combating transnational criminal networks and terrorist organizations that profit from the illicit trade of these sacred objects,” she explained.
She further stated that the agreement will promote the exchange of archaeological materials for scientific, cultural, and educational purposes, including long-term loans of such materials with the aim of increasing public awareness of Nigeria’s cultural traditions.
Bethleonard recalled that the U.S Mission has over the past decade, partnered with the Nigerian government and state institutions to preserve cultural landmarks and sites through projects worth over one million dollars and funded by the U.S. Ambassador’s Fund for Cultural Preservation.
As part of its support to the Nigerian art and cultural sector, she said the US government had  approved a grant award of $250,000 to digitally survey the Busanyin Shrine located within the Osun Osogbo Sacred Grove in Osun State.
She said the grant will help document a series of shrines within the Grove and provide training to local professionals in digital tools and cultural heritage management.
Lai Mohammed expressed confidence that the agreement  would prevent further pillage of Nigeria’s irreplaceable artefacts by illegal foreign collectors and their local collaborators.
According to him, the situation had been a source of  concern to the government because despite all efforts geared towards preventing illicit export of the nation’s archaeological and ethnological materials, widespread looting and illicit excavation of the materials still continue.
To curb these nefarious activities, Mohammed said Nigeria resorted to the UNESCO 1970 Convention, which enjoins member states to participate in concerted international measure on the control and prevention of illicit movement of their artefacts.
‘‘It is on the basis of this convention that Nigeria and the United States of America have agreed to leverage an American legislation, the Convention on Cultural Property Implementation Act, to prevent the illicit import of Nigerian artefacts into the United States,” he said.
The minister also noted that the agreement will ensure that Nigerian antiquities being imported into the United States without the requisite export permit will be seized at the border of the United States and returned to Nigeria without the arduous and costly task of going through the labyrinth of judicial and diplomatic processes.
He called for diligent implementation of the agreement so it can become a game changer in ongoing efforts to prevent the looting of Nigeria’s priceless ancient works of art.
Businessamlive Website Stats