Nigerians going to China for business now have a better option of connecting the Asian biggest business destination via Gatwick in London. The airport has been unveiled as the European airport with the fastest growing number of passenger seats to Shanghai, China. 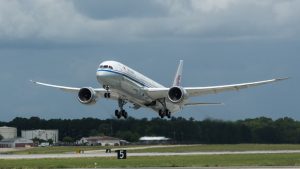 This exciting new growth is helped by a brand-new Air China service which flies directly to the city. Starting on Saturday, it will fly four times weekly from Gatwick. China is currently Nigeria’s biggest trade partner for non-oil sectors for both government and private business connections.

In addition, China Eastern Airlines is increasing its direct flights from Gatwick to Shanghai, from three times weekly to daily services this winter.

This winter season Gatwick will be offering more passenger seats to Shanghai than ever before, as the airport plays its part in serving the sky-rocketing demand for Chinese passengers wishing to travel to the UK – with visitors to Britain from China up 32 per cent in 2017 from the prior year.

Gatwick’s news follows the department for transport’s expectation that China is set to be the world’s largest aviation market by as early as 2022.

The total expenditure by Chinese tourists in the UK has been calculated to be £759 million, up 35 per cent on the prior year.

Similarly, China is the UK’s fourth largest source of imports accounting for £45.4 billion of goods imported into the UK.

Gatwick Airport, head of airline relations, Stephen King said: “Chinese airlines and passengers are really responding to Gatwick’s offer and we are proud of the resulting role we are playing for UK plc.

“We’re delighted that more Chinese passengers are having the opportunity to experience the UK plus specifically the proposition at Gatwick.

“With VisitBritain highlighting that trips abroad by Chinese passengers have doubled over the last six years we’re keen to play our part in making the UK the first-choice destination for these visitors.”