The Nigerian equities market extended its two-day loss to close Friday June 23, 2017 with a week-on-week negative position of 4.99 percent due to falling oil prices nearing the budget benchmark of $44.5 percent, according to analysts.

“Brent crude price fell to about $44.82 on Thursday, uncomfortably close to the $44.5 percent budget benchmark,” an analyst told Businessamlive.

“Nigeria’s recent external reserve position is also thought to have spooked some investors. Our reserves have fallen from about $30.9 billion in May 2017 to just above $30.2 billion as at June 21, 2017. A further drop in the external reserve position could trigger another round of depreciation of the naira,” analysts at Trust Yield investment said.

Others say the signing of the budget and expectations of release of funds may have influenced investors to tarry and see where to invest their money in the various capital projects outlined in the budget.

Market turnover equally closed negative as volume moved down by 18.09% against 0.20% uptick recorded in the previous session. TRANSCORP, ACCESS and FBNH were the most active to boost market turnover with ZENITHBANK and ACCESS topping the market value list. 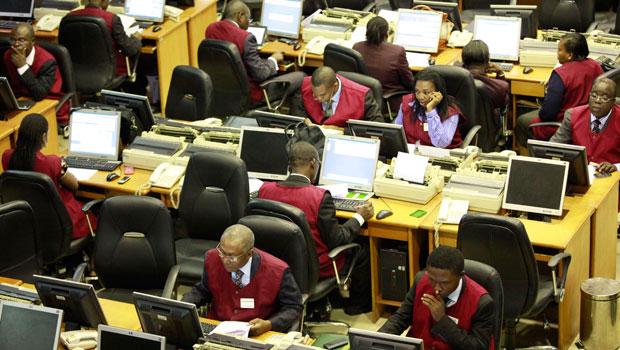 The current week performance is the worst since May 12, 2017. The bearish sentiment in the bourse in the last three sessions, according to
analysts, is partly attributable to slide in oil prices since the start of the week.

The financial services industry (measured by volume) led the activity chart with 1.783 billion shares valued at N15.865 billion traded in
15,948 deals; thus contributing 77.17% and 64.55% to the total equity turnover volume and value respectively.

While, the bourse closed negative as CHAMPION led 21 Gainers against 33 Losers topped by UBA at the end of the day’s session- an unimproved performance when compared with previous outlook.

MCNICHOLS leads the list of active stocks that recorded impressive volume spike at the end of today’s session.