What is the All Farmers Association of Nigeria about and what’s its role in the development of the agriculture sector in the country? 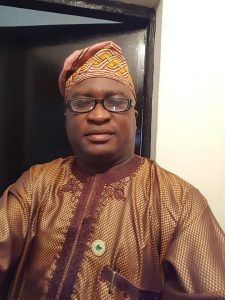 As the name implies, we are the umbrella body of all Nigerian farmers and stakeholders in the agriculture sector of which we have over 55 commodity auspices, including livestock, arable crops; and even the marketers and middlemen are regarded as part of us because they serve as a link between the producers and consumers who are into the marketing of agriculture produce. It is an association of individuals with a uniform goal towards ensuring the continuous running and development of the agriculture sector. The association has chapters all over the 36 states of the federation, and the FCT [Federal Capital Territory, Abuja]. The association is the mouthpiece of all the farmers and advocates the interests and goals of the farmers. The AFAN is also the uniform body that interacts directly with the government on every agriculture project and acts as an advisor to the government before any agriculture project or rule is implemented. We assist and promote overall development of agriculture in Nigeria.

How can you describe the relationship between AFAN and the government and what are the partnerships engaged in by both parties to actualise agricultural development?

There is no way the government can engage with the farmers without AFAN. Most of the programmes of the Federal Ministry of Agriculture and Rural Development (FMARD) are always in collaboration with AFAN. Knowing that we are closer to the people in all the local government areas of the country, which makes AFAN a relevant body that the government engages to get to all the players in the agriculture sector.

The federal government recently allocated the sum of N110 billion to the Federal Ministry of Agriculture and Rural Development, which is about 1.5 percent of the total budget. Do you think this allocation will prove effective in boosting the agriculture sector to a commendable level?

That amount is not enough judging by Nigeria’s large population, which is about 200 million people. However, we need to understand that Rome was not built in a day. It is understood that the covid-19 pandemic affected the country’s economy. It isn’t really how much is allocated that matters but how well it is being implemented to bring about sustainable development. I am sure that the allocation will be more than that in years to come. However, it is not enough for the agriculture ministry to implement all its programmes, especially in this modern era of mechanised farming which requires extensive expenditure.

Post-harvest loss has been a major challenge in agriculture production and many farmers have lamented about financial losses caused by this issue; how has AFAN been able to address this challenge to ensure it is reduced to the barest minimum?

Post-harvest loss is a major agriculture problem in Nigeria.I just came back from the U.S. where I attended a course sponsored by the United States Department of Agriculture (USDA) related to this issue (post-harvest losses). The labour system in Nigeria is not encouraging as the shortage of harvesters and other machineries lead to late harvest and when crops are not harvested at the right time, it leads to post-harvest losses. An average farmer can hardly grade a hectare of farmland with bulldozers which are being leased for about 80-90 thousand naira per day. More so, you will discover that many of the rural roads from where the harvested crops will be transported to the markets are not graded, many of them are not motorable, leading to a delay in the supply of the crops. By the time these crops arrive at the market, many of them have already been damaged. Electricity is another challenge. Power has been epileptic for so long. Many farmers especially those in the poultry business have to rely on solar energy to power their incubators for eggs to hatch properly. The post-harvest issue requires government intervention because it is not something the farmers can handle alone. Road constructions and maintenance from farmland areas to markets should be a priority. Also storage facilities such as silos should be made available as palliatives to more farmers. A partnership with companies and private organisations in the farm machinery production and supply sector should be actualised by the government whereby farmers can have their farmlands cultivated using these machines at an affordable rate. As an association, we serve as representatives of every farmer. It is our duty to relay many of these challenges to the government and also proffer solutions. We also engage the farmers in sensitisationprogrammes where they are enlightened and educated on the effective ways of preventing post-harvest losses.

You talked about attending a programme in the U.S regarding the post-harvest loss situation, can you shed more light on what the programme entailed?

During the programme, we visited many of their agriculture centres, one of which is the Hansen Agricultural Centre, University of California, where we were enlightened on many of the causes of post-harvest losses. They are also facing the challenge in the United States and they sometimes have to engage labourers from Mexico to assist in the harvest of crops and transportation. One of the reasons post-harvest loss is not as bad over there as it is in Nigeria is that they have very good motorable roads, stable electricity. Unlike here in Nigeria where many farmers use their hands and sticks in harvesting some crops such as oranges, they have the required planting and harvesting machines which makes them able to handle the issue of post-harvest losses effectively.  They also make use of plastic crates in packaging some of their crops such as tomato instead of the traditional raffia baskets most of our farmers use over here.

Nigeria is renowned for being the highest producer of cassava in Nigeria. Despite this, the cassava industry is yet to attain the desired impact as an export commodity in the global market. As a stakeholder in the cassava industry, what do you think are the factors and challenges affecting it?

It is true we are the largest producers of cassava in the world but when we talk about cassava as an export commodity, how many of our farmers can afford machinery to boost production for export? Many of the machines we use in processing cassava into finished products such as garri and fufu are only suitable for local production.We do not have the mechanised capability for export.

The agriculture ministry pledged to provide us with some tractors from Brazil over a year but we haven’t been able to get any. Even after production, we do not have enough storage facilities. Availability of farmlands is also a challenge. There are a lot of hectares of lands lying fallow that farmers can use in the cultivation of cassava. If the government can intervene to negotiate with the families who own these lands to lease them out to farmers at an affordable or subsidised rate, it will go a long way in encouraging our farmers to produce more cassava.

What do you think are the factors that contributed to the failure of the cassava flour inclusion policy despite its potential as a substitute for wheat, especially in bread production?

The policy was brought to the fore during the administration of Olusegun Obasanjo and also reawakened during the Goodluck Jonathan administration, but I can tell you precisely that the price tag per tonne placed on cassava by the government was not encouraging to the farmers. I can remember back then that the price tag for cassava was 80,000 naira per tonne which was way too low compared to the normal price range.  The process of producing the cassava flour to meet with demand was also very strenuous. At that time, Honeywell Flour Mill was interested in the purchase of cassava to produce the flour but the price they offered wasn’t acceptable. So, rather than process the cassavas into flour, people preferred to have them converted to garri or fufu powder.

Do you think the policy can be revived and what are the basic measures that can be implemented to bring it about?

It can be revived if the government has genuine interest. If the price they offer is favourable compared to that of the past administrations. Also, they will have to support the farmers by providing the right equipment and machines to boost production. There also has to be provision of cassava processing amenities in the localities of the farmers because the cassavas have to be processed the same day they are being harvested. The trucks used in transporting the cassavas should also be either supplied by the government or given tags so that police or other officers will not disturb or delay them on the road because such delays will affect the production process one way or the other.  If all these things are put in place and the government provides an enabling environment for the farmers, there is no doubt the cassava flour policy can be made a reality.

What is your position concerning the forex ban on the importation of basic agricultural products into the country, despite Nigeria still struggling to attain self-sufficiency? Do you think the government’s import ban is a right decision at this point in time?

The ban is a welcome development but our farmers have to work harder towards more production. Because when we look at it, not much of these products are available or enough for our people to consume. The border closure by the government also encouraged us to do more.

Do you think Nigerian farmers are well prepared and equipped to actualise food security as promised by the government?

Definitely. The farmers are trying as there have been improvements in crop production. Let us take rice as an example. Many more people have been engaged in the local production of rice and it can be seen today that local rice is readily available in virtually all the markets across the country.  Food security is not something that can be actualised in a day but being able to produce what we eat is an encouragement to the farmers to produce more and in a matter of time, food security will be achieved.

What is your view on the Anchor Borrowers’ Programme?  Do you think it has really made an impact on Nigerian farmers?

I think the programme has been commendable so far. It has also made it easier for farmers to sell their products unlike before when many of these farmers go through difficulties looking for customers to buy their produce after harvest. The government can also improve on the programme by buying from the farmers and storing them as a measure against emergency situations such as floods and pandemics.