Manufacturing companies in Nigeria face imminent collapse as early as next month if precautionary measures are not put in place by the federal government to attenuate the challenges hindering the manufacturing sector, the nationwide strong Manufacturers Association of Nigeria (MAN) has warned. 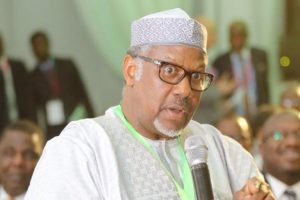 Mansur Ahmed, president of MAN, issued the warning at a workshop organised by the Commerce and Industry Correspondents Association of Nigeria (CICAN) held in Lagos, themed, “Effects of the COVID-19 on the Country’s Manufacturing Sector.”

Ahmed, who was represented by Ambrose Oruche, the acting director general, MAN, remarked that the manufacturing sector had been in ‘near death’ situation before the COVID-19 pandemic set in.

Manufacturers were confronted with a lot of challenges fueled by the covid-19 pandemic, he said, adding that some other issues they faced include low inflow, difficulty accessing forex to import raw materials and machinery, along with increasing demurrage at the ports; and topped by poor infrastructure.

Ahmed stressed that if these challenges were not addressed urgently, they could lead to dire consequences and the shutdown of most manufacturing companies.

“I am saying that many of the manufacturing firms will not open their shops in January unless something drastic is done by the government to alleviate the severe challenges hindering the sector,” he maintained.

Ahmed spoke about what he called government’s negligence of the manufacturing sector by denying it the infrastructure required to be competitive, highlighting the need for intentional actions from the government to create an enabling environment that will empower investors to set up plants in Nigeria to manufacture industrial raw materials in commercial quantity that can compete with the rest of the world.

He commended the Central Bank of Nigeria (CBN) for its intervention funds for the manufacturing sector, but bemoaned the fact that many manufacturers could not access the funds, and that those who did, were hindered from buying machines for their production as a result of foreign exchange scarcity, which he explained, most manufacturing companies depend on for purchase of imported raw materials, spare parts and machineries.

Ahmed also appealed to the apex bank to prioritise allocation of foreign exchange as it did during the 2016 and 2017 recession which, according to him, enhanced the growth of the manufacturing sector as it brought production to life.