The Nigerian Railway Corporation (NRC) has been losing at least N208 million each year since 2014 in its eastern rail line, by far the most lucrative route, investigations have proven. The eastern rail corridor connects Port Harcourt in the Niger Delta – passing through Aba, Umuahia, Uzuakoli, Enugu, Makurdi before terminating at Maiduguri in the north-eastern Borno State near border with Chad Republic. 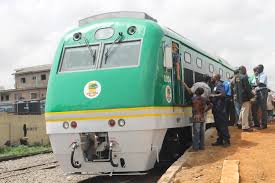 In the last five years, the corporation has lost not less than N1.04 billion on the eastern rail line, due to non-operation. The NRC has total route-km of 3,528km as of 2007. The western line which connects Lagos Nguru, Yobe State covers a distance of 1,126km.

Findings showed that an eight-coach train running from Port Harcourt to Aba, Umuahia, Uzuakoli to Enugu makes not less than N2 million per trip. Since the train was making two trips a week from Port Harcourt, it would make N4 million weekly; multiplied by 52 weeks a year, the NRC would realise N208 million; across the five years it has not operated, the corporation lost N1,040 billion.

Olusoji Osidipe, the eastern wing district manager of NRC office in Enugu, confirmed to our correspondent hat the railway has not operated in the zone for the past five years. He said it was as a result of vandalization of the rail lines at certain portions by unknown individuals.

Further investigations revealed that apart from Osidipe’s rail-track vandalization claim, the long disuse of the rail lines by NRC predisposed them for the vandals to have easily made away with rail parts. But a major issue we found out was that many parts of the rail lines between Aba and Enugu and beyond have gone sorely bad. Some rail bridges have been weakened due to non-servicing by NRC, and need urgent reconstruction, if not outright replacement. Also, some portions of the rail-track have had the soil around it washed away by sheet erosion. They need urgent reconstruction before train can pass on them comfortably.

The reason why Nigeria Railway Corporation abandoned the Port Harcourt – Aba – Enugu rail line immediately after the last administration five years ago could not be understood by some workers and officials of the corporation who spoke with our correspondent, but preferred not to be mentioned in the press.

Contract to rehabilitate the rail line from Port Harcourt to Makurdi was awarded during the last administration to Eser West African Company Limited by the administration of former president, Goodluck Johnathan. The company was said to have largely completed the contract by 2014, and train operations began from Port Harcourt, Aba, Umuahia, Uzuakoli, passing Enugu to Makurdi.

Osidipe rather called on the villagers along the rail tracks to assist the NRC in monitoring the rail-tracks from being tampered with by the vandals.

He also appealed to the Federal Government to make a law that would prohibit buying and selling of railway materials from iron melting companies without clearing from the NRC; insisting that it would be one of the measures to stop rail lines vandalization in many parts of the country.

The NRC eastern wing district manager Osidipe also said erosion and landslide have equally gravely affected many areas of the rail tracks in the eastern district, and confirming the weakness of some of the rail bridges.

Many also adduced that NRC’s decision to suddenly stop usage of the eastern district rail line that opened it up for eventual vandalization, since this had not happened in the past. Many yet question why the sudden stoppage without giving any reason.

Business activities along the sub-stations have equally stopped abruptly. Petty traders and hawkers who operated along the rail route have been forced out of business, with special reference to Aba – Umuahia – Uzuakoli – Enugu rail corridor where railway-propelled small-scale business was a big commercial avenue. All this is gone. Today, the Enugu Railway Station, the biggest rail terminus east of the Niger, wears a forlorn look. The entire environment looks eerie. Old unserviceable rail coaches litter everywhere around the station and the rail tracks.