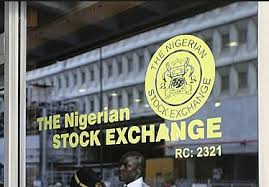 The market had opened the week on a positive note as bargain hunting in banking stocks drove the All Share Index (ASI) 0.2 percent higher Monday.

Sector performance was also bearish as three of five major sectors closed in the red.

On the flipside, the banking index led gainers as buying interest in GUARANTY (+1.2%) pulled the index 0.6 percent higher while the industrial goods index followed, up 0.1 percent following price appreciation in CAP (+5.5%).

Despite the bearish performance, analysts are anticipating a rebound in the next trading sessions “as we saw significant buy interest in banking stocks today, which we expect to be sustained throughout this week.”

Rising debt: We are mindful of our borrowings, FG insists