Nigerians consumed an average of 53 million liters/day in 2018, up about 1.5 percent from the previous two years, the Petroleum Products Pricing Regulatory Agency said on Tuesday. 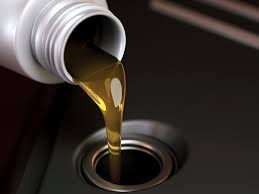 “Based on PPPRA truck-out figures, the PMS (petrol) national average supply for 2016 and 2017 was around 50 million liters, while estimated average for the year 2018 was about 53 million liters,” the Petroleum Products Pricing Regulatory Agency said.
According to the PPPRA, the Nigerian National Petroleum Corporation (NNPC) provided most of the volumes of petrol used in the country because oil marketing companies (OMCs) in 2017 stopped supplying products on account of unfavourable business terms.
It further explained the PPPRA wanted to clarify that it was not aware that another agency had taken over its duties of determining subsidy claims amongst others. According to the statement, the Petroleum Support Fund (PSF) Scheme which supports the country’s subsidy regime had ended in December 2015, and there was no provision for subsidy in the national budget of the year 2016, 2017 and 2018.
NNPC had earlier said it had around 2.98 billion liters of petrol, which is supposed to cover at least 59 days of consumption, having recently entered into bulk purchase agreements with some private companies that would undertake to sell gasoline in 24-hour operations to avert any shortages.
Nigeria relies heavily on the international market to buy petrol and other petroleum products to fuel cars and power generators as its four refineries operate well below nameplate capacity due to sabotage and technical problems.
It explained that due to the challenges of petrol pricing in the fourth quarter 2017, oil marketing companies (OMCs) withdrew from importation of petrol and NNPC being the supplier of last resort stepped in to bridge the supply gap, adding that it has since then continued to do same.
Furthermore, the PPPRA said that “according to NNPC, PMS (petrol) import price differential resulting in under-recovery is being managed by the corporation in line with the Act that establishes it. Most of the cargoes brought by NNPC, are under the Direct Sale Direct Purchase (DSDP) contract which is not governed by the PSF regime.”
It added that based on this it did not compute subsidy claims in the three years but instead administered the Price Modulation Mechanism (PMM) for the period of January to May, 2016.
“Presently, the scheme managed by PPPRA since May 2016 is the Appropriate Pricing Framework (APF). Under this scheme, the agency regulates petroleum products supply and distribution through issuance of Quantity Notification (QN) and LAYCAN to NNPC and OMCs. It also monitors discharges at various facilities nationwide,” the PPPRA noted.
Businessamlive Website Stats