Bismarck Rewane, the managing director and chief executive officer, Financial Derivatives Company Limited, has said fuel subsidies are a huge drain on government’s revenue.
Rewane stated this in his recent presentation at the Lagos Business School Breakfast Session.
He noted that the World Bank put Nigeria’s total subsidy bill in 2018 at N731bn, saying, “A gradual reduction in subsidy payments [is] anticipated. Only N305bn set aside for under-recovery in 2019 budget; expect an increase in the pump price of fuel. 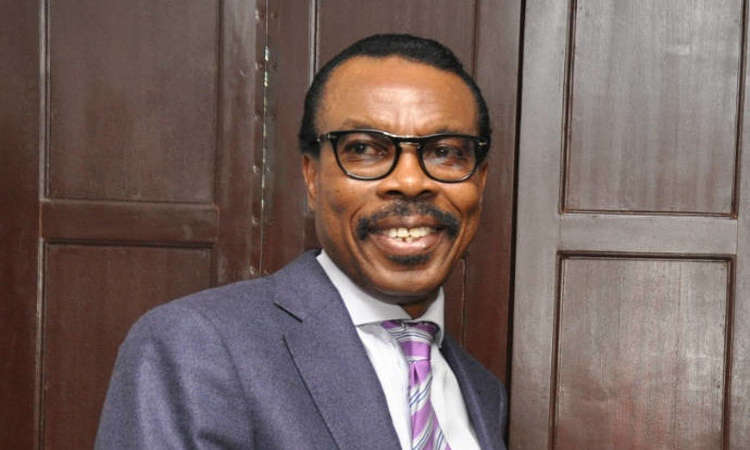 “40 per cent shortfall in provision for subsidies (under-recoveries) points to possible price increases.”
The financial expert, however, said a petrol price hike would result in high inflationary pressure.
According to Rewane, Nigeria has one of the lowest tax to Gross Domestic Product ratios at 5.3 per cent.
He described the 2019 budget as counter-cyclical, saying the economy was in dire need of a boost.
He said with expenditures much higher than sustainable revenues, the fiscal deficit had widened by 2.15 per cent to N1.9tn, adding that the supplementary budget could not be avoided.
“Oil revenues are projected to decline due to the impact of OPEC quota on Nigeria’s oil output level,” he added.
On new minimum wage funding and its impact on states, Rewane noted that states civil service accounted for about 1.9 million workers.
He said, “States get 85 per cent of Value Added Tax, as well as other statutory allocations, in addition to internally generated revenue. Personnel expenses of most states exceed IGR. So, there is either an expense problem or a revenue problem. For social reasons, headcount rationalisation may be farfetched. But labour optimisation will help boost productivity.
“IGR remains key to the funding of the new minimum wage. Funding through the statutory allocation (Federal Accounts Allocation Committee) is unsustainable.”
He said an increase in VAT might provide temporary succour, complemented by the improved tax administration.
According to Rewane, other measures include privatisation – partially sell equity across state-owned enterprises; liberalisation – private sector-led projects; commercialisation – rental income from idle assets; and concessions – fees from long-term leasing of assets.
He noted that the cut in the monetary policy rate, also known as the benchmark interest rate, had no impact on investment, output and savings in April.
The Monetary Policy Commission of the Central Bank of Nigeria had in March cut the MPR to 13.5 per cent from a record high of 14 per cent
“There is a possibility of another 25 basis point cut. Credit to the private sector shrank again in April”, he said.