Hibiscus sabdariffa, generally known as hibiscus or roselle, is a tropical flowering plant regarded by agronomists and market dealers as one of the highest volume specialty botanic products in international commerce. 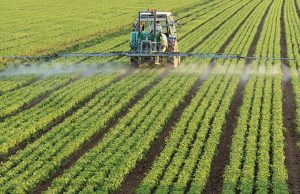 The plant which is traded in the international market as dried shifting and dried flower, has a market value estimated at over $113 million in 2019 and is expected to expand at a compounded annual growth rate (CAGR) of 7.2 per cent in the next five years, a market report by market research organisation, Grand View Research, showed.
According to medical experts, the product possesses anti-inflammatory and exfoliating properties,while its cholesterol levels aids weight loss, prevents liver damage and lowers blood pressure, making it an essential raw material for organic and natural cosmetics. Moreso, growing product demand for soaps, shampoos and conditioners, masks, lotions, and creams is expected to drive the market for the product.
In Nigeria, the flower is mostly grown in the northern region, with Bauchi,Borno, Gombe,Jigawa,Kano and Katsina States recognised as major hibiscus farming states. The plant is regarded by agronomists as drought tolerant, relatively easy to grow, not suitable for mechanised harvest, and can be grown as part of a multi-cropping system.
Nigerian export markets for dry hibiscus flower export include Belgium, Germany, Mexico, The Netherlands, U.S and some other parts of Europe, Asia and America.
In the local market, the flower is recognised as a key component in the production of the indigenous tea variety locally known as ‘zobo’ and is also used in the poultry industry for producing animal feed.
The Association of Hibiscus Flower Exporters of Nigeria (AHFEN) noted that in 2017, Nigeria recorded a revenue worth $35 million exporting 1,983 containers of hibiscus to Mexico,its largest hibiscus trade partner.
The significant market relevance and prospects however suffered a setback in 2018 with an estimated 80 percent loss in export income when the South American country banned importation from Nigeria following complaints about impurities, infestation from a pest called khapra beetle, and poor quality production.
The Mexican authorities thereafter issued a work plan to the Nigerian government to facilitate resumption of hibiscus trade between both countries. Nigeria was finally granted permission to export hibiscus into Mexico in 2021, with the country recording a total of 1,114 metric tonnes of hibiscus export in the first half of 2021, according to Vincent Isegbe, director general of the Nigeria Agricultural Quarantine Services (NAQS).
Considering the economic significance of the plant,the Association of Hibiscus Flower Exporters of Nigeria (AHFEN) estimated the value of the country’s hibiscus industry to be worth about $100million, noting that the flower holds great potential for revenue generation in the export market if effectively sustained.
Hitting on this, Victor Iyama, president of the Federation of Agricultural Commodities Association of Nigeria (FACAN) describes hibiscus as one of the most important crops capable of boosting Nigeria’s non-oil export as a result of its huge market.
“Hibiscus flower farming is a business on the rise and the demand for it is increasing yearly. It can become a money-spinner when we address some of the issues limiting Nigeria from fully harnessing its potential,” he said.
To address the challenges and boost revenue capacity, Iyama called for the establishment of standard sanitary and phytosanitary labs, as well as an increased focus on value addition rather than merely exporting the product in its raw form.
He also emphasised on the adoption of good agricultural practises (GAP), judicious pesticide usage, record keeping, and adoption of integrated pest management (IPM) to make the produce acceptable to Europe and other countries.
“This will allow farmers to guarantee the quality of their produce, enter new markets and increase their income,” he added.
Commenting on the missing gap affecting production and trade of hibiscus in Nigeria, John Fakunle, senior agricultural economist at Cedro Royal Multiventures Ltd, an agriculture and trade/investment consultancy firm, said only few farmers are into the cultivation of the crop as it has been confined to the north. He added that hibiscus does not grow well in the southern region due to the soil texture, coupled with the fact that it does not accept fertiliser usage.
Fakunle also attributed lack of awareness on how to grow the crop, low yield per hectare, poor knowledge of standard compliance and inadequate processing facilities as issues affecting production and marketing of the product.
For improved productivity, the agricultural analysts said Nigeria needs to focus not just on production, but on quality control and standards which are the main challenges of the sector in the country.
He also highlighted some recommendations including; maintenance of a good storage facility to enhance good quality control,intensification on capacity building /training of farmers on good agricultural practises, and increased synergy and coordination of production activities from farm to export levels.
Timi Oke, the founding director of AgroEknor International Limited, an agricultural commodity export trading company that specialises in hibiscus exportation, noted that Nigerian hibiscus is globally recognised as the best in the world due to its organic component.
He added that the demand for Nigerian hibiscus in the global market is over 24,000 tonnes annually while Nigeria produces an estimated 16,000 tonnes.
The supply gap,according to him,presents an opportunity that could be unlocked for increasing production, wealth creation and improving the lives of producers in farming communities.
Speaking of AgroEknor’s progress in hibiscus trading, he said; “Over the last five years, our hibiscus trade has been quite successful. We have been able to empower over 5000 and over 2000 women involved in hibiscus processing.”
For more value addition, he said the company is working towards improving traceability,handling and processing of hibiscus flowers before export.