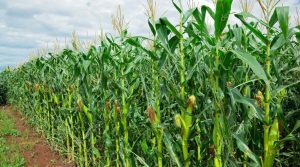 The release of the new crop varieties was announced by Oladosu Awoyemi, NVRC chairman, during its 29th meeting at the National Centre for Genetic Resources and Biotechnology (NACGRAB), Ibadan.

Sunday AladeleIn, NACGRAB’s registrar, who read a statement on the development, disclosed that the new varieties were approved out of a total of 25 submissions by research institutions, universities and private seed companies across the country.

Apart from the 18 released varieties, two hybrid cotton were just registered by the committee to serve as refuge for the released Bt Cotton, it was also disclosed.

The two hybrid cotton are (MAHYCO C 567 and MAHYCO C 571), approved for registration only.

The 18 released crop varieties were developed by the Institute for Agricultural Research (IAR), Zaria, the Raw Materials Research and Development Council (RMRDC), Abuja, and the International Institute of Tropical Agriculture (IITA), Ibadan.

Other developers listed include, the National Root Crops Research Institute (NRCRI), Umudike, the University of Ilorin, the Institute of Agricultural Research and Training, Ibadan and Seed Co. Nigeria Ltd.

However, the project was not achieved solely by Nigerian researchers, as the development of the released varieties included the participation and support of several other African agricultural institutes including, the International Maize and Wheat Improvement Center, Kenya, Bayer Crop Science, Petit, South Africa and the African Agricultural Technology Foundation, Kenya.