The jury is nearly out in the biggest dispute award ever in Nigeria’s volatile oil industry. But can Shell Petroleum Development Company Limited, along with its two parent companies in the United Kingdom and The Hague, Netherlands, come clean of culpability in a historic N800 billion dispute debt awarded against it in a spill that on occurred on swamp farmlands in Egbalor, Ebubu in Eleme Local Government Area of Rivers State? 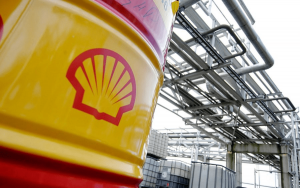 For this, it (Shell), using all its legal resources, must convince the judge at the Court of Appeal to obviate payment of damages to some 88 persons, who got judgement in November 2020 from a Federal High Court in Owerri over spillage on their fishing facilities in Ejalawa community in Oken-Ogogu swamp farmlands.

Isaac Torchi and 87 members of the Ejalawa community had gone to court against SPDC, SIE&P BV,  and NNPC over oil spillage in January 2020, which they claimed had destroyed their environment and their sources of livelihood – mainly fishing and agriculture. Other defendants are Shell International Company Limited and Nigeria’s attorney-general of the federation (AGF).

The plaintiffs had in the suit asked the court to determine that by the combined provisions of the 1999 Constitution, oil pipeline act, African Charter on Humans and People’s Rights, oil and gas pipeline regulations, they “are entitled to compensation from the defendants for a continuous injury of hydrocarbon oil spillage, rain acid pollution, non-cleansing, non-maintenance of ruptured pipes of 1-3 defendants, pipes across plaintiffs farmland and causing a lot of killings of plaintiffs’ amateur children, economic tree, contamination of drinking water, causing irreparable damage to the plaintiffs and relations farm products, fish bond, fish net, machines worth several billions of naira that occurred on September 18, 2019 till date which they remain continuously uncompensated.

Also, a key relief they sought was a declaration that they (plaintiffs) are entitled to compensation to the sum of N800 billion for damages done by the spillage caused by the defendants. They also sought for another order directing Shell to depollute and rehabilitate the destroyed farmland, ponds and agricultural products, as well as [pay] a 10 percent post-judgment interest from the date of the judgment and litigation cost of N1 billion.

Delivering judgment, the judge held that there was evidence of rupture at the defendants’ Akuka/Ebubu flow line named Aka-Ebu-Onu-Ban 55 situated in the plaintiffs land. According to him, there was convincing evidence that the narrow diameter 4-inch pipes laid by the defendants in 1970, which had a lifespan of 15 years, and which, was suspended above the earth, was abandoned by the defendants. That the abandoned 4-inch pipes ruptured and spilled a large volume of crude oil into the Oken-Ogosu swamps/farmlands.

“I am convinced that there were oil spills in the Eken-Ogun farmland swamp of the plaintiffs since September 18, 2019 and still continue without remediation as could be gleaned from the uncontroverted facts,” the judge held, adding that the defendants themselves attested to have visited the area to see for themselves. Having held that there are spillages in the land of the plaintiffs occasioned by the negligence of the defendants, the plaintiffs are entitled to compensation of N800 billion for their farm products, fish ponds, several fish farms, fish net, machines, non-cleansing and non-maintenance of ruptured pipes of the first and third defendants that caused irreparable damages to the plaintiffs’ several farmland; hydrocarbon oil spillage or oil spillage that occurred on September 18, 2019 and affected several farmlands of the plaintiffs’ 2,390 hectares of farmlands at Ejalawa community in Oken-Ogosu swamp farmlands in Egbalor of Ebubu/Eleme Local Government Area of Rivers State. The defendants shall promptly and expeditiously remediate the land of the plaintiffs to its International Agricultural Soil (IAS). The first and third defendant shall depollute and rehabilitate the farms and more particularly the fish ponds, of the plaintiffs,” the high court judge had ruled last year.

The judge held that two percent of the judgment interest from the date of judgment be paid to the plaintiffs in addition to another N1 billion being the cost of litigation against the first, third and fifth defendants.

Shell is not new to oil spill dispute debt awards. And characteristic of the company, it often takes matters to the stretch for many years, before it makes the final debt payment. As a result, analysts are wondering if the company would change its old approach of long litigation, which could move judgement debt northwards to over N1 trillion. The oil giant had already approached the Court of Appeal in Owerri to order a stay of execution of the lower court’s judgement; with the appellate court fixing January 25 next year for hearing.

Earlier in August (this year), the Anglo-Dutch oil giant finally agreed to pay N45.7 billion to the Ejama-Ebubu community, after 31 years of legal tussle. The court has fixed January 25, 2022 to hear the oil company’s application.

The appellate court would also on that date hear all other pending applications, including that of the plaintiffs/respondents, seeking an order of court directing Shell to deposit the said judgment sum with the court as condition for hearing the application for stay, as well as another case seeking to set aside the notice of appeal filed by Shell on the grounds it is incompetent and an abuse of court process.

Whether or not Shell comes clean of the judgement debt, experts on environment maintain that the oil giant should learn to mix ‘commerce with morality’.