The National Bureau of Statistics (NBS) on Monday reported that total value of capital importation into Nigeria in the third quarter stood at $5,367.56 billion, representing a drop of -7.7% when compared with the imported capital value of the preceding quarter. 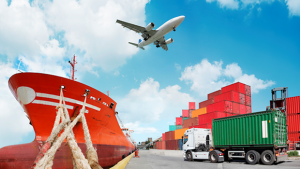 However, when analysed based on the value of capital improted in the corresponding quarter of 2018, the latest figures represented an increase of 87.99%.

In addition, on sector by sector basis, the report indicated that capital importation by banking ranked highest in quarter under review, peaking at $1,756.83 million.

The report reflected that  the United Kingdom emerged as the top source of capital investment in Nigeria in Q3 2019 with $2,011.14 million, accounting for 37.47% of the total capital inflow by destination during the quarter

The NBS stated further that Lagos State emerged as the top destination of capital investment in the country during the quarter with $4,976.40 million or 92.71% of the total capital inflow.

£5.3m plot on a Caribbean island to be marketed only in cryptocurrency, says owner