The federal government has disputed reports by the United States department 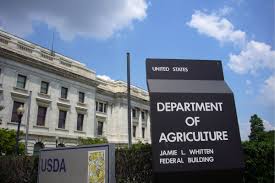 of agriculture (USDA) World Market and Trade indicating an increase in the importation of rice into the country and decline in local production in 2018.

The USDA World Markets and Trade Report claims that Nigeria imported three million metric tonnes of rice in 2018, which is 400,000 metric tonnes more than the quantity of the product imported in 2017.
It also stated that local production was on the decline and that these facts fly in the face of government’s claim of what it achieved in the area of rice production.
But, Lai Mohammed, the minister of Information dismissed the report, describing it as misleading and fake.
“I want to say categorically that that story is false. For starters, you can’t import rice without a Form M being approved. You can’t import rice without Letter of Credit. So, we challenge the US Department of Agriculture World Markets and Trade Report to provide evidence that Form M was opened to bring in 400,000 metric tonnes over and above that of last year and that Letter of Credit were opened for these,”
According to the minister, the Buhari administration has increased the number of rice farmers from five million to 11 million. He said local production of rice had tremendously increased with possibility of attaining the target of producing six million metric tonnes of rice for local consumption in the next one year.
According to the minister, the federal government’s Anchor Borrowers Rice Programme is working and Nigeria has been able to reduce by 90 percent the $1.65 billion it was expending on rice importation.
He also noted that the number of integrated rice processing mills had increased from 13 to 25.
“That is why we are confident that in a year plus we are going to meet the six million metric tonnes of rice production, which is our local consumption. In 2014, 1.2 million metric tonnes of rice was exported to Nigeria. In 2015, 644 metric tonnes of rice was exported to Nigeria, by 2015 it went down to 5,000 metric tonnes. These are figures from the Thailand Rice Association,” he said.
The minister also cautioned that the volume of smuggled rice into the country could not be taken officially as importation of the commodity because they did not pass through recognised official transactions.