Nigeria’s total public debt, comprising domestic and external obligations of the federal and state governments, plus the Federal Capital Territory (FCT), Abuja, rose to N35.465 trillion as at June 30, 2021 according to the Debt Management Office (DMO). 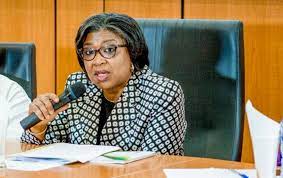 Patience Oniha, director-general, DMO, who gave details in Abuja during a presentation of the nation’s debt profile, noted that total public debt stock stood at N33.107 trillion as at March 31, 2021 but jumped to N35.465 trillion the following month, reflecting a N2.358 trillion increase in the debt stock from the end of the first quarter of the year to the end of the second quarter.

A further breakdown of the external debt showed that the bulk of the debt was owed to multilaterals, particularly the World Bank Group and the African Development Bank Group (AfDB), which accounted for 54.88 percent. Commercial debt (Eurobonds and Diaspora bond), represented the next highest category at 31.88 percent; while bilateral borrowings from China, France, Japan, India and Germany stood at 12. 70 percent, with promissory notes at 0. 54 percent.
Justifying Nigeria’s debt profile, Oniha explained that the issues of rising debt, high debt service to revenue ratio and utilisation of borrowed funds were germane, noting that the nation had several benefits from going to source funds which included showcasing Nigeria in a positive light in the international financial markets where large pools of capital are available.
She also highlighted some of the situations which necessitated borrowing to include; huge infrastructure deficit, economic recession, consecutive budget deficits, low revenue base, compounded by dependence on crude oil as a major source of revenue while prices crashed, especially at the peak of the COVID-19 pandemic when the commodity had few  buyers.
On the foreign exchange implications for debt service, especially the fall in the value of the naira, in recent times, Oniha said the government has initiated actions towards managing the risk.
She added that the sovereign eurobonds serve as a benchmark on the back of which several local banks including, Zenith Bank, Access Bank, UBA, FBN, Ecobank and Fidelity Bank, have issued eurobonds.
According to her, issuing eurobonds has been a potent tool for building up Nigeria’s external reserves, and a healthy level of external reserves supports the naira exchange rate and Nigeria’s sovereign rating.
The DMO chief challenged Nigerians to support the federal government on the need to raise revenue by making concerted efforts to increase the nation’s revenue, stressing that the five percent tax  to gross domestic product (GDP) ratio was too poor for Nigeria and that concerted efforts must be made to increase the nation’s revenue.
She also disclosed that work has already started on adding the federal government debt to the Central Bank of Nigeria (CBN), which was at about N10 trillion at the beginning of the process.
“We are working towards recognizing it, getting the proper approvals to include it in the public debt stock. Where we are is to get the necessary approvals to convert it into a tenured debt,” she said.
Businessamlive Website Stats