Global steel industry, strengthened by a rising global demand in the building construction sector, industrial infrastructure and machinery is currently worth over $300 billion with a tremendous growth expected to reach $963.6 billion by 2027, reports Market Research Future, a global market research company. 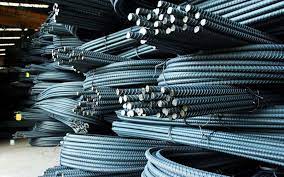 According to industry players, the steel industry has enormous potential as a major source of revenue for the country, especially at a time when the federal government is exploring alternative ways of economic diversification from oil. They also aver that self-sufficiency in steel production would also mean conserving the much needed foreign exchange expended in the importation of steel and raise the country’s capacity to employ a large number of the nation’s labour force both directly and indirectly.

In September 1979, the Shehu Shagari administration with the support of the Russian government, established the Ajaokuta Steel Project with the prospect of becoming the largest steelmaking plant in Sub-Saharan Africa. Designed as an integrated iron and steel complex, the first phase was designed to produce 1.3 million metric tonnes (MT) of liquid steel per annum with capacity to expand to 2.6 million MT and 5.2 million MT in three phases. Unfortunately, the company has been moribund for over three decades and its goal to serve as Nigeria’s main platform toward becoming an economic and industrial global power remains defeated despite the country’s large reserves of iron ore, limestone, clays/silica sand which are basic raw materials for steel production. The history of Nigeria’s attempt to develop the steel industry has been described as a cycle of white elephant projects that have engulfed millions of dollars with no significant achievement to boast.

Analysts also noted that attempts by successive governments to resuscitate the industry have failed to yield desired results due to a myriad of challenges including superficial projections, lack of infrastructure support, change in political administrations and policies, among others. According to a report by the Nigerian Society of Engineers, Nigeria spends $3.3 billion annually on the importation of steel products.

Addressing the worrisome state of the Nigerian steel industry,Olamilekan Adegbite, minister of Mines and Steel Development, raised optimism the Ajaokuta Steel Company would function before the end of President Muhammadu Buhari’s tenure.

According to Adegbite, the federal government had reached an agreement with Vladimir Putin, Russian president, to ensure that TPE, the original constructors of the Ajaokuta Steel Company, conduct a technical audit of the company to ascertain the level of work to be completed.

He said the 60-man Russian technical team expected to work with a 100-man Nigerian technical team, would have been in Nigeria since 2020 for the technical audit but have been hindered by the covid-19 pandemic. The minister also explained that the main purpose of constructing the Ajaokuta steel company was to produce liquid steel, noting that the National Iron Ore Mining Company (NIOMCO) was established at Itakpe in Kogi to provide it with iron ore, a basic steel component.

“I hope they come very soon and that we kick start the plan to resuscitate the plant again. It will help our industrialisation because production of liquid steel will take us to the next level in industrialisation as we will be able to produce parts for vehicles, engine blocks and so on,” he said.

In the same vein,Oluwatoyin Akinlade, permanent secretary,Ministry of Mines and Steel Development, disclosed that the federal government has put in place machinery to ensure conducive environment for operation of the Russia Technical Audit Team billed to arrive the country for the resuscitation of Ajaokuta Steel Company and the National Iron Ore Mining Company Limited (NIOMCO).

Reacting to this, an expert who chose to speak under the condition of anonymity, argued that the federal government needs to implement structural steps towards reviving the steel sector rather than holding conferences with no viable result. He also noted that the government needs commitment to building a substantial stock of human, social and physical infrastructure by engaging indigenous companies in the steel production sector to promote self-sufficiency.

On his part, Kamoru Yusuf, chairman, Basic Metal, Iron and Steel and Fabricated Metal Products sector of the Manufacturers Association of Nigeria (MAN), urged the federal government to adopt the model used by China to transform its Steel industry in the resuscitation of Ajaokuta Steel Company.

According to Yusuf, what the Chinese Government did was to indigenize one of the country’s major industries,Iron and Steel, into the hands of their people with the Government holding only 25 per cent interest while local investors were allowed to own 75 per cent stake. This, he noted, created opportunities for the local investors and ensured that the wealth remained within the country, without repatriation of capital as well as dividends; thereby leading to the development of local skills and other multiplier effects that finally resulted in what the world is witnessing today as the industrial explosion in China.

“It is only indigenous investors that can make it happen so that the procedure can remain here in Nigeria and we can re-invest this into the economy. This we have all seen, was the case in the cement industry and with Nigeria now taking another giant stride in refinery and petrochemicals,”he stressed.

He also pointed out that the process of resuscitating Ajaokuta Steel Company was not properly structured as owners of existing steel plants, who would have given clearer narrations of the issues in the industry, were not consulted.

Yusuf believes to turn around the fortune of the steel sector is to channel the Comprehensive Import Supervisory Scheme, CISS, charges paid to the Nigeria Customs Service, NCS, to provide bailout and support to the steel sector.