The rising level of crude oil theft in Nigeria, which has dominated public discourse in recent months, came to the fore once again on Thursday, 8 September, 2022 when oil sector workers under the aegis of Petroleum and Natural Gas Senior Staff Association of Nigeria (PENGASSAN) staged rallies across some of the country’s major cities demanding urgent and decisive action by the Federal Government to arrest the situation. The oil workers said that widespread oil theft in the Niger Delta was putting their safety at risk, causing serious harm to the economy and the environment, and costing jobs. Companies operating in the Niger Delta region, especially in the land location, have resorted to production shut-ins, service companies are folding up because the producing companies cannot meet their cash obligations to them, and the government keeps borrowing to fulfil its statutory obligations despite oil selling at over $100 per barrel, the oil workers said. 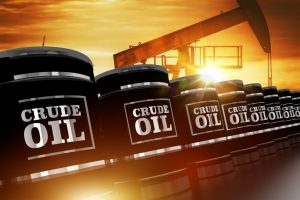 The oil workers’ rally is coming barely a month after the Federal Government announced that it has renewed a multi-million-dollar pipeline surveillance contract with Government Ekpemupolo (aka Tompolo), commander of the defunct Movement for Emancipation of Niger Delta (MEND), in a bid to end illegal bunkering, illegal refining and other forms of oil theft in the Niger Delta where oil theft is prevalent. All of these point to the fact that the menace of oil theft and its associated crimes are far from over. Indeed, it seems to have grown worse as Nigeria continues to lose direly-needed revenue to oil theft.

In the same vein, Mele Kyari, group chief executive officer (GCEO) of NNPC Limited, said the country already lost $1.5 billion so far in 2022 because pipeline vandalism has escalated. He said the country was losing 95 percent of oil production to oil thieves at Bonny Terminal, Rivers State.

The Federal Government, through its regulatory bodies in the oil sector, has over time employed different measures and personnel to help curb oil theft and its effects on the economy. These measures, such as real-time monitoring of activity around the pipelines, the whistleblower policy, redeployment of security personnel, among others, have, however, yielded little to no result.

At a stakeholders’ engagement on crude oil theft which the Nigerian Upstream Petroleum Regulatory Commission (NUPRC) held with the Oil Producers Trade Section and the Independent Petroleum Producers Group in Abuja, Abel Nsa, senior technical adviser to the CEO, NUPRC, listed the impact of oil theft to include loss of value, increasing cost due to frequent repairs of damaged facilities, and environmental degradation due to spillages by the activities of saboteurs.

On actions taken to mitigate the challenge, Nsa said work teams had been set up to deliberate on workable solutions, identify various responsible parties and propose improvement areas. In addition, he noted that a public, private approach was being adopted while the implementation of the provisions of the Petroleum Industry Act (PIA) was ongoing. On the community side, Nsa said the outlook was to engage, carry out awareness campaigns as well as ensure prompt payment of community contractors, while the installation of check meters, engagement of competent entities for pipelines surveillance and pipelines integrity assessment were being envisaged.

The NUPRC also said it has obtained necessary approvals from President Muhammadu Buhari to implement Advance Cargo Declaration regime in upstream petroleum operations to curtail export of stolen crude oil and ensure that crude oil and gas cargoes exported from Nigeria have a unique identifier that confirms all documentation as regards the exported consignment. This implies that any cargo that does not have the unique identifier is deemed not legitimately exported from the country.

In line with the commission’s statutory duties as crude oil regulator, Nigeria granted NUPRC necessary approvals to ensure installation of metering equipment (LACT Units) in the upstream petroleum industry, to avert potential manipulation of figures that could result in shortchanging the federation of oil and gas revenue, using Original Equipment Manufacturers (OEMs). The commission said it would keep sourcing new measures to curb oil theft and increase oil production in Nigeria.

Meanwhile, with losses from pipeline vandalism and oil theft overwhelming Nigeria’s oil business in recent weeks, the Nigerian National Petroleum Company Limited (NNPC) said that beginning from April 2022 it has adopted Saudi Aramco’s model of using video surveillance to monitor its pipelines carrying crude oil from wells to flow stations in the Niger Delta. NNPC Group CEO Kyari said that although it was not yet on the level of Saudi Aramco control centre, NNPC Limited currently has some video visibility and remote control around the country’s Niger Delta pipeline networks, where more than 90 percent of the country’s crude is explored. Furthermore, Kyari said that NNPC needs a wider collaboration beyond the industry to fight the evil of crude oil theft that is putting huge resources into the hands of international criminals and terror groups. He said the company has created a platform for well-meaning members of the public to report illegal activities and transactions in stolen crude oil from any part of the world.

The recent renewal of the pipeline surveillance contract with Tompolo is also in line with these efforts and aligns with some industry experts’ counsel to the Federal Government to involve host communities in the protection of petroleum pipelines as such will help curb crude oil theft. Having held this contract during the Goodluck Jonathan presidency, Tompolo is reported to have brought back all former commanders in MEND and extended an invitation to the leaders of all warring cult groups in the Niger Delta region. This is believed to be an effective approach because members of communities will be involved in the protection of pipelines crisscrossing their domain, with Tompolo acting as the bridge between these communities and the government. According to a recent report, Tompolo’s approach has operators of illegal bunkering coming out to surrender, raising hopes that more positive reports will be recorded in the future.

Despite the optimism that these measures by the Nigerian government and crude oil regulatory bodies have generated, oil theft and vandalism persist in Nigeria as criminal organizations have continued to reinvent themselves. While some experts have advocated international cooperation to combat global oil theft, Emeka Okwuosa, managing director of Oilserv, in an interview on the challenges of pipeline vandalism and need for government to take decisive action, said that pipelines are built based on what is called ‘engineering codes’ that determine the way you scope the project, the way you scope the specifications of the projects, and once that is done by the clients, engineers build to those specifications. He said the government should be able to build pipelines following the codes in such a way that it will be more difficult for anybody to get in there. He also suggested that the government should deploy technology, which is either putting a detection and intervention system along the line or drones to monitor.

For Osifo, the PENGASSAN president, the challenge may not be that the government lacks ideas or suggestions to put a stop to the illegal activities of oil thieves. What is lacking may be the political will to do what is necessary.

“Government must develop the muscles and political will to go after oil thieves,” he said during the oil workers’ rally on Thursday.