Almost N20.5billion in revenue was lost by Nigeria’s power sector in the first three weeks of the year – January 1 – 22, 2021 –  according to data released by the Federal Ministry of Power, with operators still complaining about energy rejection by distributors. 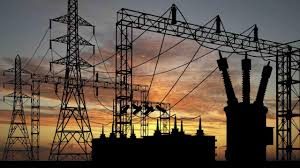 A total of 1,941 megawatts-hour/hour of electricity was constrained within this period, as this quantity of energy could not be generated on the national grid, as the major setbacks that hindered the production of this amount of power were insufficient gas supply, as well as lack of distribution and transmission infrastructure.

The power ministry further revealed that the average energy that was sent out during the period was 4,505MWH/H and peak power generated on the country’s grid within the said first three weeks of the year was at 5,584MW, as industry operators blamed the continuous rejection of electricity by power distribution companies.

Edmund Eje, general manager, market operations, Transmission Company of Nigeria (TCN), pointed out the widening revenue gap in the market as what prompted the electricity distribution companies (DisCos) to drop electricity load and that the load rejection had adversely impacted on the machines of power generation and transmission companies.

He further stated that while there are new technologies that allow batteries to be used to store energy, the process of generating, transmitting and evacuating remains a revolving one that must lead to consumers taking the power.

“So any imbalance within these three causes a lot of issues, most especially when the DisCos drop load for whatever reason,” said Eje.

He also drew attention to how there still exists a high amount of unutilised energy due to load rejection by power distributors despite the over 12,000MW installed generation and transmission capacities.

According to Eje, when such rejection occur TCN battles to bring the grid to a steady state of transmission, which sends signal to generation that there is an imbalance leading to the generators dropping load.

“This means that we have capacity that cannot be utilised because of the ripple effect from the distribution end. But most people tend to say there is evacuation problem, whereas we have 12,954.4MW installed transmission capacity,”Eje said.

Power distributors on their part strongly object to wheeling power to locations where consumers show unwillingness to pay for the electricity they receive, calling it pointless from a business angle, and this has contributed to why energy evacuated to such locations were being rejected by the distributors.