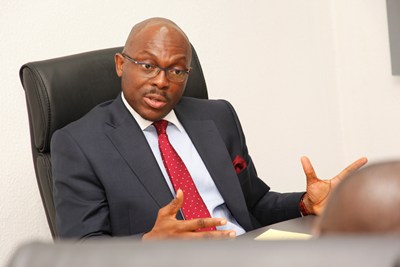 nced activities in the derivatives market as well as the secondary market for bankers’ acceptance, three areas that he said need hedging.
In a televised interview monitored by business a.m, Koko said, “Our plans for the year entails three areas, which we intend to concentrate on. We want to put a repo market with collateral management. When a lender has given money and received assets as collateral, as those assets change in value, the borrower must keep topping it up and ensure that there is no risk to the lender. We will like to activate it this year.
“We should also be able to push the needle on derivatives this year. We would like to go into the treasury bills futures, the FGN Bond futures because all those products and asset classes deserve hedging as well, and the last but not the least, we will look at bankers acceptances”.
According to him, this creates an opportunity for banks to put their acceptances out there, where the whole market can see their bankers’ acceptances trade in the secondary market. It will also serve as a measure of their rating, and could also be linked to their time deposits.
The FMDQ CEO, also shared his views on the foreign exchange market. He expects the foreign exchange market to be stable, given the CBN governor’s assurance of stability while in event of an adjustment, he expects the Central Bank to be able to restore parity.
Koko, however, stated that the interest rate would be difficult to predict due to upcoming elections. He said, “the interest rate is going to be more difficult to predict, especially with the inflation, and spending on elections. Central Banks are expected to be proactive with inflation because if you allow it to go out of hand it will take you longer to arrest it.”