Nigeria’s inflation rate accelerated for the sixth consecutive month to a 17-year high of 19.64 percent in July, from 18.6 percent recorded in the preceding month of June 2022, according to the latest Consumer Price Index (CPI) report released by the National Bureau of Statistics (NBS) on Monday. 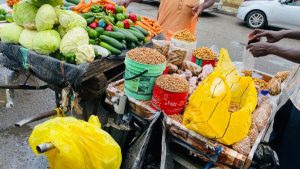 According to the report, which measured the rate of changes in prices of goods and services, the  record-high inflation was driven by a consecutive uptick in the food and core index, underpinned by increases across all classification of individual consumption by purpose (COICOP) divisions that yielded the headline index.

The national statistical agency added that the food index rose to 22.02 percent in July 2022 from 20.60 percent in June, and this was attributed to increases in prices of bread and cereals, food products, such as potatoes, yams and other tubers, oils and fats, meat, and fish.

On a month-on-month basis, the food inflation rate in July stood at 2.04 percent, which is 0.01 percent lower than 2.05 percent recorded in the previous month. The NBS attributed the decline to a reduction in the prices of some food items including maize, garri, and vegetables.

The ”all items less farm produce” or core inflation, which excludes the prices of volatile agricultural produce, stood at 16.26 percent in July 2022, compared to 15.75 percent recorded in the previous month. This represents the highest core inflation rate since January 2017, when the rate stood at 17.8 percent.

The latest report showed a sixth monthly increase in a row in Nigeria’s inflation rate and the highest since September 2005 when it soared to 24.32 percent.

Economic analysts who commented on the recent figure noted that the CBN’s  Monetary Policy Rate (MPR) hike from 13 percent to 14 percent in July 2022 has failed to yield the expected result of easing the country’s inflationary pressure.