Nigeria’s Federal Capital Territory, Abuja, as well as Lagos, Kwara, Osun and Oyo states are likely to experience a shorter agricultural planting season in 2021 with a range of between five to 14 days, while the length of the planting season in Sokoto, Yobe, Nasarawa, parts of Ondo, Edo, Imo, Cross River and Abia states is expected to be five to 13 days longer, compared to other states. 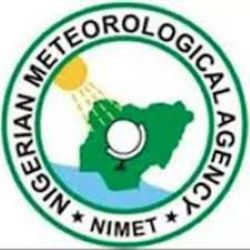 The Nigerian Meteorological Agency (NiMet), in its 2021 Seasonal Climate Prediction (SCP) report just released pointed out that regions around the Niger Delta including, Rivers and Cross River in the South-East coast, would witness the longest season, which could prolong beyond 290 days.

The meteorological agency also noted that the farming community in the inland areas of the south would likely experience a growing season spanning 210 to 260 days while the North is predicted to have a shorter season ranging from 110 to 160 days.

The forecast, according to NiMet, would enable farmers to make considerable plans towards the cycle of planting in the 2021 season.

Presenting further highlights of the seasonal prediction, Hadi Sirika, Nigeria’s aviation minister, said the onset of the 2021 growing season is likely to occur in March, along the coastline of the country while the latest date is anticipated to be around June 29 in the northernmost parts of the country.

Sirika also noted that later-than-normal onset dates are expected over a few places such as parts of Lagos, Ogun, Kebbi and Niger states.

He called on operators and stakeholders in the aviation, agriculture and other sectors of the economy that depend on weather forecasts in their operations to make good use of the 2021 SCP report in policy implementation.