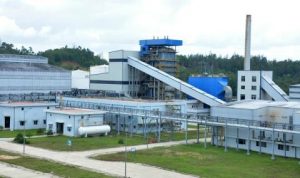 Nigeria is looking to build more than ten large biofuel plants as the country’s oil corporation, Nigerian National Petroleum Corporation (NNPC) announced that it has signed a memorandum of understanding (MoUs) with a consortium of Nigerian and Chinese companies to develop biofuel plants that will blend fuel ethanol with petrol to boost the supply of clean fuel.
The MoUs were signed between NNPC and the Obax Worldwide Limited and China National Complete Plant Import Export Corporation (Complant) consortium; and NNPC and the Capegate Group and Nanning Board consortium. Obax and Capegate are Nigerian companies, while Complant and Nanning are companies incorporated in China.
Maikanti Baru, the corporation’s group managing director speaking at the signing, said that for a country like Nigeria with a daily consumption of over 65 million litres of automotive fuels, it was easy to see that enormous volumes of fuel-ethanol and biodiesel would be needed to meet this obligation.
The biofuels plants would centre on sugarcane-fuel ethanol production, cassava-fuel ethanol production as well as oil palm-based biodiesel production.
He also noted that “the aspiration for the exploitation of renewable fuel resources in Nigeria is to implement our nationally determined contributions to the Paris Agreement; part of which requires the blending of 10 percent by volume of fuel-ethanol in petrol and 20 percent by volume of biodiesel in diesel for use in the transportation sector.”
The execution of the two MoUs would help develop the ﬁrst biofuel production complex in Nigeria, to be revealed that before the end of the year, and the development of not less than three other complexes would commence in the country, the GMD added.
Speaking on behalf of Capegate-Nanning consortium, Qin Chun Lin, chairman of the Nanning board, said they looked forward to a great partnership with the NNPC on biofuels production.