The NNPC Upstream Investment Management Services (NUIMS) has disclosed that Nigeria’s oil production has risen to 1.59 million barrels per day.

Bala Wunti, the chief upstream investment officer of NUIMS, stated this while speaking at the ongoing 11th Practical Nigerian Content forum in Uyo, the state capital of Akwa-Ibom state. 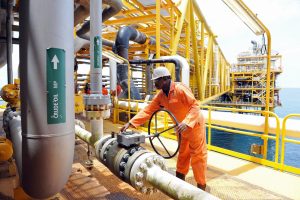 Wunti said that the country’s oil production output has increased as a result of government intervention amid the problem of oil theft. He added that the government is addressing  the problem leveraging three strategies which are to “detect, deter, and respond” appropriately.

He explained, “We have security agencies in which the Navy, the police, and everyone within that space were involved. The second is the regulators’ angle. At this stage, all regulators are made to fully be part of the efforts.

“The third is the operators’ angle. And, of course, all operators were involved. The fourth angle is the community angle in which all impacted communities have to be brought under the umbrella of a structured arrangement in the collective effort against crude oil theft.”

There is currently no data that supports Wunti’s statement. However, data from the country’s oil production output will be revealed within the month by reports from the Nigerian Upstream Petroleum Regulatory Commission (NUPRC) and the Organisation of Petroleum Exporting Countries’ (OPEC’s) monthly oil market report.

The NUPRC’s figures reveal that Nigeria produced 1,014,485 barrels of crude oil per day as of October 2022.

Data from the NUPRC indicated that Nigeria’s crude oil production output as of October 2022 was 1,014,485 barrels per day. This output was the first time Nigeria averaged over one million per day since July 2022, which was 1,083,899 bpd.