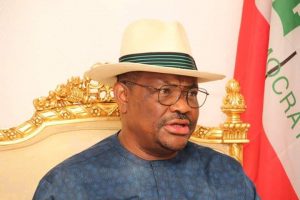 Isaac Kamalu, finance commissioner told journalists in Port Harcourt that the proposed budget estimate will help the state government to accomplish all ongoing projects in the state, and also pursue an inclusive growth by making life better for the people.

Kamalu, who is also the supervising commissioner of the state budget and economic planning ministry, said the council approved a three-year medium-term expenditure framework (MTEF) for the state for 2021-2023. He however, failed to give a detailed budget estimate with sectoral allocations. He also did not give out any printed budget document.

Paulinus Nsirim, the state commissioner for information and communications, said the government would be spending N2 billion in the 2021 fiscal year to prosecute local government elections that would be administered by the state independent electoral commission (RSIEC), in line with the 1999 Constitution.

He said the government would construct a new motor park within the precinct of the newly inaugurated Rebisi Flyover, intended to curb activities of illegal park operators in that axis. “This is in line with the urban renewal vision of Governor Wike. And to ensure that the illegal motor park around the flyover does not deface the aesthetics that have been achieved, government is acquiring land near the flyover bridge to build a befitting motor park for them,” he said.

Nigeria’s economy only 0.65% of global share, but still Africa’s largest