Nigeria’s foremost banking group, First Bank of Nigeria Holdings, over the weekend filed its full-year 2020 earnings results reporting an 8.2 per cent surge in its profit for the year from continued operations to N79.7 billion from N73.7 billion recorded in the full year 2019. Also, it reported a profit before tax of N78.1 billion for the year 2020, compared to N75.3 billion made in the corresponding period of 2019. 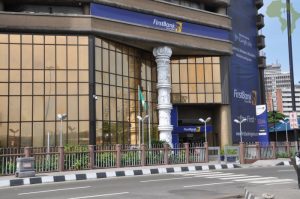 Recall that in 2020 the company disposed of its investment in FBN Insurance, and this resulted in an 80.7 per cent rise in profit from discontinued operations. As a result, the operating profit grew 3.8 per cent year on year to N78 billion in 2020. The company reported an EPS of N2.18, an 11.8 per cent rise compared to N1.95 last year.

However, FBN Holdings has over the past few years continued to lose market share as it has panned its focus on resolving a spike in non-performing loans (NPLs). As a result, the firm’s financial year’s impairment charges have remained in line with that of 2019 with a marginal decline of 0.4 per cent year on year to N51 billion in 2020, resulting in 9.9 per cent year on year dropping to N205.8 billion in its net interest income from N228.5 billion in 2019 after the impairment.

Furthermore, on the quarterly performance, the final three months of 2020 saw First Bank group report a reduced profit before tax of N14.8 billion from N20.8 billion in the fourth quarter of 2019. This was as a result of a significant fall in the value of financial instruments at fair value through profit or loss (FVTPL) to a loss of N3.7 billion, from a gain of N17 billion, a year earlier, coupled with a reduction in dividend income from N2 billion to N343 million. Similarly, the interest income fell the most during the last quarter by 20.9 per cent. An 81.4 per cent reduction in impairment charges helped the company report net interest income of N59.7 billion, which is an 11.8 per cent increase compared to the same period in 2019. Fee and commission income increased by 29.4 per cent during the quarter.

Meanwhile, market investors have reacted to the underwhelming results posted by FBN Holdings during the last quarter of 2020 following the subdued decline in its stock price to N7.50 per share during the first trading day in February.

Other major highlights from the full year 2020 results from the banking group, shows that the bank’s personnel cost increased 5.6 per cent year on year from N95.8 billion in 2019 to N101.2 billion and the depreciation charges also bumped up 14.2 per cent on a yearly comparison. However, the company managed to keep the operating expenses in check with a 2.3 per cent reduction to N168.7 billion.

Also, the company’s foreign exchange income saw a significant decline by 69.1 per cent to N2.9 billion as there has been a decline in cross border trade coming from the pandemic. However, the gains on the sale of investment securities went up by a monstrous 190.5 per cent from N17.5 billion in 2019 to N50.8 billion this year. However, the gains from the fair value of financial assets reported at fair value through profit or loss (FVTPL) fell 80.4 per cent year on year to N4 billion. The dividend income and other operating income fell 9.0 per cent and 0.5 per cent year on year respectively.