Nigeria’s stock of bank notes, including currency in circulation and the currency that is physically held in the faults of commercial banks and banks’ reserves held in the Central Bank of Nigeria has risen to N12.7 trillion as at the end of May 2020. 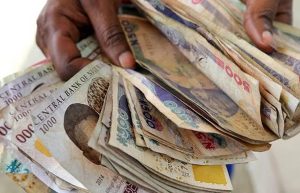 The figure represents over 40 percent or N4 trillion increase over the N8.3 trillion recorded in January 2020. The data is contained in the CBN current information bulletin.

The reserve money, as it is called, has been growing steadily since the end of last year. As at November 2019, the reserve money was N7.3 trillion, showing a growth of N trillion in two months.

The rapid growth in the country’s monetary base in four months could be attributed to the increased borrowing by government for the purpose of funding its programmes and activities.

In April this year, the International Monetary Fund granted Nigeria a $3.4 billion financing instrument to help it cope with the devastating effect of the Covid-19 pandemic. Recoveries of looted funds have also enhanced the stock of Money in the country.

In the past five months, no less than $350 million had been recovered from Nigeria’s stolen wealth by the federal government.

Last week, Abubakar Malami, attorney general and minister of justice, hinted that another $200 million had neen recovered and would soon br repatriated to the country.

Consumer goods sector gives a slip to Nigeria bourse as index down 0.04% in second day drop

History beckons as Okonjo-Iweala appears before WTO board today