The Manufacturers Association of Nigeria (MAN), has registered its frustration over Nigeria’s recent incessant inflation rate, describing it as a threat to the efforts targeted towards the recovery of the nation’s embattled industrial sector. 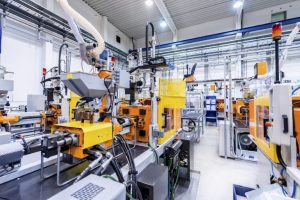 Reacting to the latest Consumer Price Index (CPI) report which showed that Nigeria’s inflation rate jumped by 0.71 per cent from 15.75 in December 2020 to 16.47 per cent in January 2021, MAN, through a statement signed by Segun Ajayi-Kadir, its director general, noted that the rise in food inflation, being presently experienced in the country would without doubt, also compound the high cost of living of the average Nigerians and impact negatively on their disposable income.

MAN, however, enjoined the federal government to successfully put the nation’s economy on the growth path through growth in agricultural output and diversification of the economy, stating that it had become imperative for the government to intensify efforts at stabilising the consumer price level.

The association asserted that doing this would go a long way in ensuring stability in the prices of both agricultural and manufactured goods.

The statement also called for the revival of obsolete indigenous industries in the country, adding that this would go a long way in boosting output, thereby reducing prices.

MAN also considered a partnership with the government to facilitate the success in the resource-based industrialisation initiative of the association.

Highlighting the strong relationship between manufacturing sector growth and inflation rate, just like the exchange and interest rates, MAN stressed the need for the federal government to assist manufacturing productivity with credit at a competitive price, through concessions, enhancement of existing special credit windows or creation of additional ones for the sector.

The association also recommended a policy that would drive domestic production, thereby increasing local, as well as foreign demands for goods, adding that it would in the long run, lower inflation and enhance exchange rate appreciations.