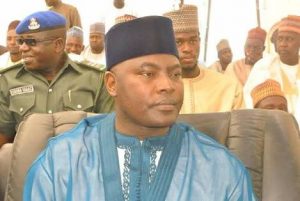 Nigeria’ Tax Appeal Tribunal (TAT) has handled cases worth N288 billion in the six months since it was reconstituted, Mohammed Kyari Dikwa, permanent secretary, special duties, federal ministry of finance, said on Tuesday in Abuja, the federal capital. The cases were spread across various zones of the country, Dikwa said

At a TAT retreat, Dikwa disclosed that other tax matters before the tribunals were at various stages of settlement, adding, however, that some may end up at the high court since the law provides for appeal.

Specifically, he disclosed that the “appeals resolved mutually or through judgement are: forty two (42) with disputed tax value of:  NGN 288.1 billion, USD 5.41 billion. However, it is pertinent to note that some of the resolved cases are at various stages of settlement or recovery, while some might probably go on appeal at the Federal High Court.”

According to him, the recently constituted TAT now provides the platform for quick disposal of contentious tax issues and assured that the Federal Ministry of Finance  was committed to supporting the tribunal in its efforts to help boost non-oil revenue for the government.

Mohammed Abubakar, coordinating secretary of the tribunal, said that the objectives of the retreat was to review performances, identify and spot out gaps, straighten ways of processes and procedures of its operations and strengthen staff capacity.

He noted that the TAT had stricken out some 66 appeals with disputed tax value of N22.03 billion,$1.06 billion for other reasons such as lack of diligent prosecution or discontinuance by parties.

According to him, the total number of appeals pending at the various zones and at various stages of hearing and determination are one hundred and sixty five (165) with disputed tax value of: NGN 309.8 billion, $10.214 billion, €1.407 million and £0.011million. Thirty one (31) out of the pending cases are either reserved for judgment or awaiting the filing of terms of settlement. We are hopeful that the 31 appeals would be concluded this month.”

Abubakar disclosed that the new TAT had commenced the expansion of the Lagos Zonal Office to accommodate the commissioners and improve the work environment; automation of the case management system through the installation of digital audio and video recording system in all the zones; setting up of a Tax Advisory Committee to act as a back-end support for the commissioners and the redesigning and development of a new and more functional TAT website.

Abubakar assured that the tribunal would keep working on improving the infrastructure to support speedy resolution of disputes brought before the Tribunal and will also work closely with relevant stakeholders especially the Ministry of Finance, FIRS, states and FCT IRS in ensuring that they strengthen the legal framework of the TAT.

Babatunde  Fowler, executive chairman of the Federal Inland Revenue Service (FIRS) who was also at the forum,  said: “FIRS supports the TAT but we don’t have influence on TAT.  The Federal Government values the right of taxpayers. Most of the brightest minds in tax matters are in tax appeal. While there’s a gradual increase in tax collection, we’ll continue to provide tax services. We also abide by the decision of TAT.”