Nigeria’s maritime sector has been undermined by insecurity challenges in the Gulf of Guinea (GoG), resulting in an economic cost which currently stands at $793.7 million, the Nigerian Maritime Administration and Safety Agency (NIMASA) recently disclosed. 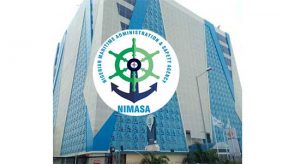 Bashir Jamoh, director general of the agency, made the disclosure in a presentation at the Chief of the Naval Staff Annual Conference (CONSAC) held in Kano, under the theme, “Enhancing Collaboration amongst Stakeholders for Improved Maritime Security in Nigeria.”

Jamoh observed that the economic cost of maritime insecurity is very pronounced for Nigeria compared to other countries. He lamented that despite the rich potential of the maritime sector in the areas of job creation and revenue generation, and its vital role in facilitating more than 90 percent of world trade through shipping, the sector was besieged by maritime insecurity.
He identified sources through which insecurity led to loss of revenue in the maritime sector, particularly the Gulf of Guinea to include, ransom payment, insurance premiums, re-routing ships, security equipment, losses to oil and fishing industry, and cost of security escort.

Highlighting the collaborative efforts by NIMASA to address some of the  insecurity challenges, Jamoh said the agency played significant roles in the implementation of the Deep Blue Project, enactment of the Suppression of Piracy and other Maritime Offences (SPOMO) Act 2019, community engagements, engagements with security forces, as well as partnership with maritime industry organisations and all stakeholders in the industry.
On the way forward, the NIMASA boss stated the need for enhanced stakeholder collaboration in tackling maritime security challenges in Nigeria and the Gulf of Guinea. He also called for the provision of more resources for technical assistance to facilitate capacity building and expansion of automation systems for monitoring the maritime sector. This, he explained, would enhance Nigeria’s capacity for cooperation against trans-national maritime crime and terroirism with the potential to adopt a more participatory approach to maritime security.
Businessamlive Website Stats