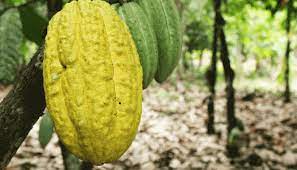 According to a statement by the $500 million non-bank financial institution, the move is  targeted at creating a more lucrative cocoa market for producers, exporters and stakeholders in the cocoa value chain to have a significant share in the over $67 billion global market.

In furtherance to the absorption of a substantial part of its risk exposure in the event of loan delinquency, NIRSAL also noted its commitment in providing efficient monitoring of the project, aimed at boosting ADT Russet’s export volume to 4,000 metric tonnes per annum and creating a stronger market for suppliers of seeds, agro-chemicals, and services on the one hand, as well as local cocoa farmers who supply their inventories.
Aliyu Abdulhameed, managing director, NIRSAL, during a recent tour of ADT Russet factory in Apapa, said the scheme is one of the organisation’s commitment towards harnessing affordable finance and investments into the agricultural sector.
He also recalled that NIRSAL had provided similar support to another cocoa processing and exporting company in Akure, Ondo State, adding that the organisation is willing and capable of supporting many more agro-allied companies across the country to grow their businesses, embrace small holder farmers and earn foreign exchange for the Nigerian economy.
In his remarks, Charles Eteri commended NIRSAL for its positive role in supporting serious-minded business firms whose operations are contributing to Nigeria’s quest for economic growth and diversification.
Eteri said his foray into agro exports has been successful, and the potential for growth, backed by NIRSAL’s commitment, are enormous. He was upbeat about NIRSAL’s value chain approach to agribusiness financing, pledging to contribute to the sustenance of the cocoa value chain by dealing fairly with the smallholder farmers who supply his inventory.
Also speaking at the event, John Chukwu, regional head, Keystone Bank, said that banks do not need to be coerced into financing agriculture, insisting that structured value chains and de-risked projects would naturally, and on their own merit, attract any profit-seeking business entity.
Chukwu further averred that where there is a strong intention to support national priorities, like in Keystone Bank, de-risked and structured agribusiness projects become an even more compelling business proposition.
The tripartite relationship between NIRSAL, ADT Russet and Keystone Bank, according to reports, is part of the growing outcomes of NIRSAL high-level engagements with commercial and merchant banks, finance houses, as well as local and international Development Finance Institutions (DFIs), wooing them into an agriculture and agribusiness space that is witnessing paradigmatic changes on account of NIRSAL’s work.