The Nigerian National Petroleum Corporation (NNPC), the country’s national oil company, has come out again to deny any plans by the federal government to raise the pump price of petrol,the product the country consumes in excess of 52 million litres daily according to a recent statement by the minister of state, petroleum, Timipre Sylva. 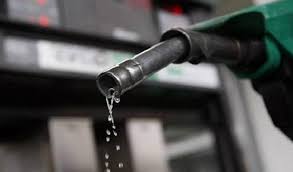 The NNPC ruled out any increment in the ex-depot price of petrol in March 2021, contrary to speculations of imminent price increase of petrol in the country, the corporation said in a statement.

Accordingto KennieObateru, group general manager, group public affairs division, the corporation “was not contemplating any raise in the price of petrol in March in order not to jeopardize ongoing engagements with organized labour and other stakeholders on an acceptable framework that will not expose the ordinary Nigerian to any hardship.”

The NNPC also cautioned petroleum products marketers not to engage in arbitrary price increase or hoarding of petrol in order not to create artificial scarcity and unnecessary hardship for Nigerians.

According to the corporation, it has enough stock of petrol to keep the nation well supplied for over 40 days.It urged motorists to avoid panic buying.It further called on relevant regulatory authorities to step up monitoring of the activities of marketers with a view to sanctioning those involved in products hoarding or arbitrary increase of pump price.

But analysts are of the strong view that the federal government corporation was only buying time before it would slam animminent price increase in the petrol pump dispensing. Other times in the past,it had undertakena unilateral price increase in the pump dispensing withoutnotice to labour unions. The consequences of all that had been strikes and lockouts of government offices and agencies, by labour leading to hiccups in the system.

Nigeria, Africa’s top oil producer, runs an incongruous system in its oil industry. While it has been producing nearly 2 million barrels of crude oil per day since late 2016 – early 2017, it had sold same whole, and turns to import 90 per cent of refined petroleum products.

Its four refineries with nameplate combined capacity of 445,000 bpdhave largely operated at sub-optimal capacities for decades. In the last three-to-four years, all the refineries have remained moribund, producing zero products. The effect had been huge products importby the country.

However, these imports of petroleum products from abroad are done in chiefly opaque swap deals with traders such as Vitol, Gunvor and Trafigura, and other oil majors like Total and BP. Cargoes of crude oil leave Nigeria, and refined petrol and other products are imported in return, usually at extant international market prices. The natural corollary of this is the constant rising product prices for the country’s consumers. Since the Muhammadu Buhari administration came on the saddle in May 2015, petrol prices have move from N87 per litre to N166

Late President Yar’Adua was the only president who did not increase pump price of fuel, butrather reduced it by 13.33 per cent.