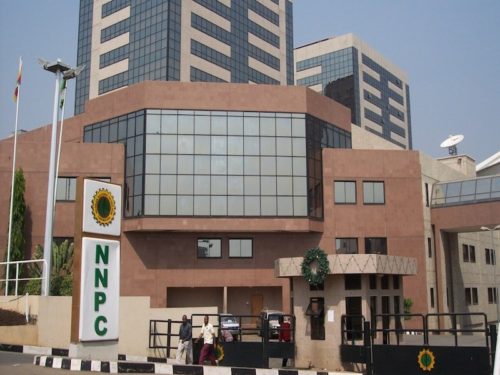 The NNPC had signed what it tagged Cash-call Repayment Agreement less than two years ago with its joint venture (JV) partners to defray cash-call arrears within a period of five years. But Ndu Ughamadu, its group general manager responsible for group public affairs division, said Wednesday that the corporation has come good on its arrears repayment to Modbi, well ahead of schedule.
Ughamadu, quoting Maikanti Baru, group managing director of NNPC, said at a commemorative close-out ceremony to mark the conclusion of NNPC/MPN Cash Call Repayment Agreement, disclosed that the feat was a product of determination and hard work.
According to Baru the NNPC management came up with the novel cash-call exit strategy to boost investors’ confidence and grow the nation’s oil and gas industry, adding that the payment did not in anyway undercut remittances to the Federation Account as it was achieved through revenue from incremental production.
“It is gratifying to note that within two years of this agreement, the NNPC/MPN JV significantly executed in incremental activities that generated adequate proceeds to liquidate the $833.57 million cash-call arrears, whilst ensuring that revenue flow from the JV to the Federation remained stable”, Baru said.
He explained that with the close-out of the repayment agreement, the entire incremental production which is over 45,000 barrels of oil per day (bopd) has been migrated to Federation’s equity and would invariably lead to an increase in revenue to the Government.
Baru acknowledged the support of President Muhammadu Buhari and some relevant agencies in achieving the speedy execution of the repayment plan, adding the next level “is for NNPC and MPN to within two years, migrate the Joint Venture (JV) into an Integrated Joint Venture (IJV) with its board operating independently and paying dividends to its shareholders”.
Paul McGrath, managing director, said also quoted to have described the milestone as a victory for MPN, NNPC and Federal Government of Nigeria.
MacGrath commended Maikanti Baru for driving a transparent system that brought about the early close-out of the repayment agreement, stressing that MPN had no more fear or reservation in dealing
with NNPC in future projects.
“I would like to commend the leadership team of the NNPC, especially the group managing director, Maikanti Baru, for his strong and relentless leadership that has resulted in the resolution of what was becoming an intractable matter. This is in addition to other noteworthy contributions he has made to the advancement of the industry since assuming office”, MacGrath said.
Ughamadu said the high point of the event was the official signing of Deed of Settlement of Pre-Production Costs for Usan in OPL 222/OML 130 at a negotiated cost of about $1.076 billion as against initial $1.45 billion
cost.