In a Stock Exchange-styled ‘Fact-Behind-the-Figures’ presentation, Mele Kyari, group managing director, Nigerian National Petroleum Corporation (NNPC), has said cost-cutting measures, efficiency, and strategic investment are the factors that led to the historic declaration of profit by the corporation for the first time in 44 years. 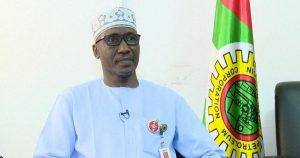 Kyari, in Abuja over the weekend, provided background information in a virtual briefing to scores of journalists across the world, in a form that has led not a few to challenge the chief executive officer of the state-owned oil giant to push for an initial public offering (IPO) that would lead to a public listing and grilling by the investment analysts community, sooner than later.

But on Friday he explained that the posting of N287 billion profit after tax (PAT) by the national oil company in the 2020 financial year was achieved through management’s doggedness in prudent resource management.

NNPC, after 44 years of loss making, came off with the unprecedented feat following a full auditing of its financial accounts as a corporation and a going concern. The PAT came on the back of a loss of N803 billion in 2018.

The corporation, Kyari said, achieved the feat through an aggressive implementation of cost-cutting measures, improved efficiency through business automation, emphasis on commercially-focused investments and non-interference in the management of the corporation from any quarters.

Some petroleum industry experts are positing that perhaps, the national oil company may have just opened a new trajectory for profit oriented operation just like it’s peers across the world.

The likes of Saudi Aramco, Brazil’s Petrobras, Angola’s Petronas, among others in the OPEC+ group, have for decades been posting profits in their operations.

But for Nigeria’s NNPC, oil and gas industry watchers advise cautious optimism. They are rather asking the Nigerian NOC to repeat the feat for a string of years to ingrain it as a culture.

Nigeria’s investment analysts community are on the look out for details of the financial statement, with some hoping to run some financial statement-based valuations, something that could serve to whet their appetite for a possible future capital market IPO and listing on the Nigerian Exchange.

There have been calls over the decades for Nigeria to list what analysts have called its ‘dead capitals’ (a term used to describe assets that have great potential to create value but which are not doing so because they lack securitisation value), on the stock market, providing opportunity for their valuation leading to the assets being securitized. Such a move was also seen as one that could help grow the size of the domestic capital market and grow the economy.

The NNPC CEO explained  that the corporation saved a lot of cost through contract renegotiation by as much as  30 percent on the heels of the Covid-19 pandemic, introduction of technology that drastically cut travel cost through reduction in in-person meetings and the general automation of processes that enhanced efficiency across the group’s businesses.

He said management’s focus on the prioritization of investment and staff welfare also helped in boosting the corporation’s overall productivity and bottom line.

However, analysts in both the energy and financial space are holding the  corporation to a challenge by demanding that it looks into extending the profit making effort to its four refineries, which have a combined capacity of 445,000 bpd, but which have been loss centres also.

The alternate chairman of the NNPC board of directors and minister of state for petroleum resources,  Timipre Sylva, congratulated the GMD, management and staff of the corporation on the feat of posting profit for the first time since its incorporation in 1977.

Sylva said NNPC’s emergence from loss into profitability, coming shortly after the signing into law of the Petroleum Industry Bill, was a proud moment, adding that this was a season of achievements for the nation’s oil and gas sector.

News about the achievement had earlier been broken by the Presidency. President Muhammadu Buhari doubles as substantive minister of petroleum resources and chairman of the board of the NNPC.

In a statement on the president’s behalf by Femi Adesina, his special adviser on media and publicity, Buhari observed that NNPC’s losses posted a reduction from N803 billion in 2018 to N1.7 billion in 2019 before this eventual net profit sequel to the completion of the statutory annual audit exercise for year 2020,

He noted that the development is consistent with his administration’s commitment to ensuring prudent management of resources and maximization of value for the Nigerian people from their natural resources.

Buhari further disclosed that he has directed the NNPC to timely publish the audited financial statements in line with the requirements of the law and as follow up to the government’s commitment to ensuring transparency and accountability by public institutions.

“I congratulate the board, management and staff of the corporation and look forward to greater value creation for the Nigerian people,” The nation’s number one citizen added.

At the ‘Facts-Behind-the-Figures’ briefing by Kyari in Abuja were some members of the board of NNPC, including Pius Akinyelure, Mohammed Lawal, Tajudeen Umar and Lami Onayi Ahmed, all of whom also echoed the minister and congratulated the management and staff of the corporation on the feat.