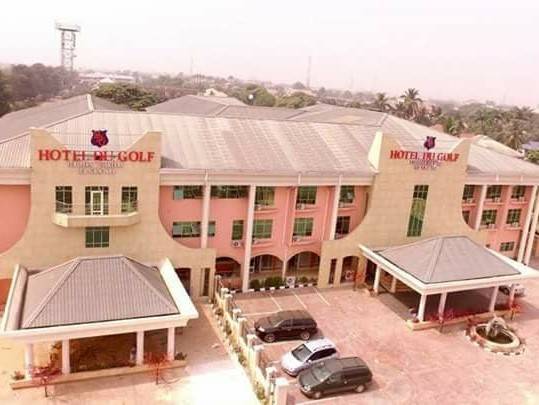 The management of Hotel Du Golf in Aba, Abia State has refuted a report trending on social media which alleged that a Lebanese guest at the hotel was diagnosed with the dreaded coronavirus, saying the report was a fake news circulated by some unscrupulous elements to cause panic at the hotel and in the state.

Olamilekan Olalemi, consultant to the hotel, said the hotel only had a South African guest who visited a private hospital in Aba to treat malaria.

According to him, the South Africa national who has been in the hotel for over a month now and never travelled out of the country, is working with a retail firm that is planning to open an outlet in Aba.

“He is the engineer installing their equipment. The said person has never travelled out of Aba since he checked into the hotel. He was having malaria symptoms and he went to the hospital for test and malaria was diagnosed and treated,” said Olalemi.

A Facebook user, with the name Dodoh Okafor had alleged in a post that a Lebanese guest lodging at the hotel showed symptoms of Coronavirus and was taken to the Abia State Teaching Hospital, where he was referred to FMC Aba.

The hotel said the lies told by the Facebook user who claimed to work for Rootstv, an online media, showed clear desperation at his efforts to circulate a fake news, as there is no FMC in Aba.

In a statement, Gibson Ejimogu, general manager of the hotel, said, “We hereby refute and condemn the post on Facebook by one “Dodoh Okafor” alleging that a Lebanese guest lodging at Hotel Du Golf had a test at Abia State Teaching Hospital in Aba and showed symptoms of Coronavirus.

“In the first instance, Hotel Du Golf do not have any Lebanese guest. The entire claim by Dodoh Okafor is therefore, false, malicious and deceitful. He should be seen as an enemy of the state government and anti-hospitality potential of Abia State and its people as a whole.

“The truth of the matter is that the guest is an engineer working for a retail outlet yet to be opened in Aba. He checked into the hotel on 20th February 2020. He is a South African and has been in the hotel for more than a month and since then, he had not travelled out.

“We seize this opportunity to affirm our total commitment to the safety and well-being of our valued guests.”

Olalemi also said the 94-room 5-star hotel, which is the biggest in Abia State is strictly committed to recommended hygiene and preventive practices against the coronavirus, stressing that the hotel provides thermometre for checking all guests’ temperature and hand-washing utilities at the entry point, lobby, bar, restaurants and other facilities.

“We also check guests’ temperature at the entry point. We have hand sanitizers in all the rooms, at the restaurants and all other places at the hotel. Hotel Du Golf is number 1 hospitality centre in the whole of Abia State and receives guests from every part of the country and around the world, so, we cannot joke with our guests’ and staff health and welfare,” he added.