Novartis has taken up its option to license antisense oligonucleotide TQJ230, triggering a $150 million payout that Akcea Therapeutics will share with Ionis Pharmaceuticals. The decision sets Novartis up to test the RNA-targeting drug in a phase 3 cardiovascular outcomes trial. 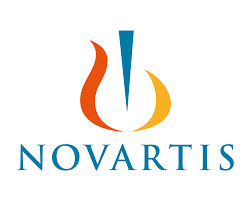 TQJ230, formerly known as AKCEA-APO(a)-Lrx, is designed to lower levels of Lp(a) by inhibiting the production of apolipoprotein(a), thereby stopping a dangerous form of low density lipoprotein from collecting in the arteries and blocking the supply of blood. Lp(a) is a particular concern as it is a key driver of plaque and blood clot formation that cannot be controlled by existing methods.

The potential for TQJ230 to address that gap in the therapeutic toolkit led Novartis to strike a deal potentially worth upward of $1 billion for it and another compound. Now, Novartis is handing over $150 million of the financial package to exercise its option to license TQJ230.

Akcea, which will split the fee equally with Ionis, teed up the decision by generating phase 2 results linking TQJ230 to significant reductions in Lp(a). Mean levels of the lipoprotein fell between 35% and 80%, depending on the TQJ230 regimen received. In one cohort, the Lp(a) levels of almost every participant fell to below the risk threshold for cardiovascular disease events.

Novartis plans to build on those findings by running a phase 3 cardiovascular outcomes trial of a drug that its CMO John Tsai called a potential “game-changer for people with elevated Lp(a).” Novartis has talked up cardiovascular disease drugs including canakinumab and serelaxin in the past only to see the clinical data fall short of what it needed to get to market. Despite that, Novartis continues to plug away at expanding its cardio-metabolic division beyond heart-failure blockbuster Entresto.

In connection with the licensing deal, Akcea changed its agreement with Novartis “to establish a more definitive framework” under which the partners can negotiate co-commercialization terms in some markets. The framework features an option for Novartis to handle commercialization itself and pay increased milestones based on TQJ230 sales to Akcea.