HadizaBalaUsman, managing director of Nigerian Ports Authority (NPA), has called on stakeholders in maritime sector to include more women in professional services, insisting that to do so will erase the ‘unfair’ balance in the sector. 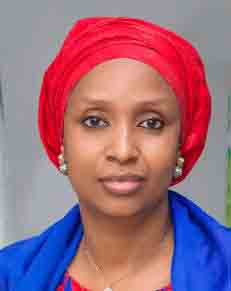 She stated this at a conference of women in Africa (WIMA-Nigeria) which took place in Lagos.

Usman noted that in line with the sustainable development goals (SDGs), which took off about four years ago, there was need for inclusiveness and gender equality as a way of achieving the best for the world.

She disclosed that a “disheartening two percent of the workforce are women” who find themselves in sundry positions as administration, marketing, communications, law, among a few others.

She decried the influence of traditional and religious practices which exclude women from certain career opportunities, thus shutting out the girl child from being involved in ports operations.

According to Usman, “What I mean is that there should be concerted efforts at ensuring that more women get into professions in maritime sector and remain there with the prospect that they will attain the management cadre”.

On the way forward, the NPA boss advocated that young girls should be encouraged to take interest in Science, Technology, Engineering and Mathematics (STEM) subjects in order to pursue career in shipping, marine, operations and engineering sub-sectors.

She called for the establishment of specialized institutions and the provision of incentives/scholarships for girls while insisting that a mentoring system would invariably impact on the number of girls who enter the marine sector.

In essence, women in the NPA are allowed to resume one hour later and close one hour earlier than the official closing time 12months after delivering. Moreover, the status of the woman does not determine her enjoying this privilege.

She advocated that more platforms be provided for, while engendering togetherness and unison in the purpose of speaking with one voice.

She concluded her submission by insisting that for efficient port operations and to raise the bar in productivity, there was need for human capacity development across board.