The concession of Nigerian seaports to the private sector in 2006, howbeit now historic, cannot be said to have been without blemish. In fact, real problems which mitigated against the Nigerian economy, such as decayed infrastructure at the ports, dilapidated port access roads and lack of economic regulation of port businesses now bedevilling the sector, are major fallouts of a bad concession deal. But as the port concession faces a review, SAMSON ECHENIM writes on the need for transparency and for both parties to obey the rules of engagement.

The concession of Nigeria’s seaports in 2006 was a game changer. It was the first in West Africa and came at a time it was clear that the country’s port manager, an agency of the federal government, the Nigerian Ports Authority (NPA) had lost its grip on the ports. With the takeover of the ports by container terminal giants such as AP Moller and the indigenous cargo handler, Sifax Group, among other private sector concessionaires, the ports were soon to wear a new look and better services were becoming evident. 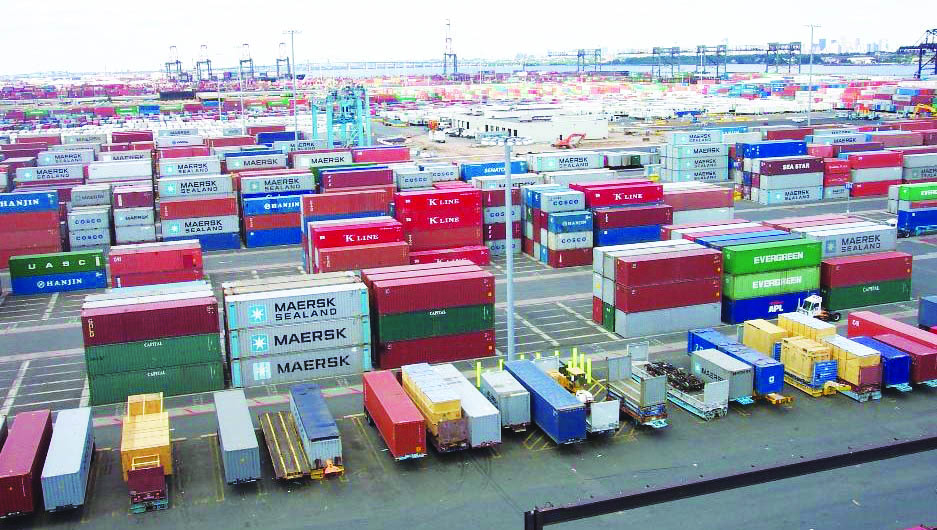 However, amidst the improvement, other problems surfaced. The ports had been concessioned in a hurry. The Olusegu Obasanjo government, which privatised the ports failed to create an economic regulator to control the cost of doing business at the ports. Soon, importers and their clearing agents began to groan over what they described as arbitrary charges levied on their consignments by foreign shipping lines and the terminal operators, which are equally more of foreign participants. Till date, the country is yet to come out of a cost-ridden port system where foreign terminal managers place charges and levies on cargoes and empty containers at every chance, making “demurrage charges” a more common phrase in Nigerian ports than customs tariffs.

The port concession of 2006, as Adebayo Sarumi, then managing director of NPA, the man who was at the centre of the exercise, puts it 12 years after, became a case of “public monopoly shifting to private monopoly.”

Myriads of issues have been trailing Nigeria’s port concession from the beginning till today. As Increase Uche, a frontline freight forwarder recalls, “the government gave out the terminal operators what they called guaranteed minimum tonnage, which they were struggling to meet. Then, when cargos were brought in and discharged, they were not taken into the terminals properly but rather block-stacked, leading to the issues of delays in positioning containers for customs examination before the exit of the goods from the ports.” This problem still echoes through the nerves of the ports in Lagos till today.

As part of efforts to ensure that both parties in the ongoing port concession agreement review meet their obligations, the NPA recently said that it would set up a monitoring committee to ensure compliance by terminal operators and the authority itself.

The Nigerian Shippers Council, which was later declared as the port economic regulator as an afterthought, has remained largely toothless and constrained by the legal weaponry of the terminal operators and shipping lines.

More troubling is the wanton decay of port infrastructure, such as access roads to the ports, especially the Lagos ports, where it has a mirage for cargoes to leave the port in a matter of days, as access to and fro the ports has become a piece of illusion.

Both the NPA, which became the landlord to the concessionaires in the lame deal, and the concessionaires themselves, have abandoned their responsibilities. The NPA failed to comply with aspects of the concession agreement which required it to provide general port infrastructure such as electricity, access roads within the port, rail and water, among others. In the same manner, the concessionaires ignored aspects of the deal that put on them the responsibility of providing container holding bay and basic amenities for port users, especially the freight forwarders and customs clearing agents at their terminals. The federal government worsened the already tense situation by abandoning the ports access roads. The result is the current man-made traffic disaster now witnessed in the Apapa axis daily.

At Calabar port, the NPA had failed to complete every dredging effort it initiated to deepen the abysmally shallow channels and this is the most critical factor limiting the development of that port. The concession agreement had stipulated that NPA maintains the draught at 9.4 meters, but the draught remains at 5.4 meters at low tide and 6.4 meters at high tide since 2007. The implication is that no moderate size ship has been able to call at the port with economically meaningful load. From year to year, terminal concessionaires at Calabar port keep counting their losses.

Hadiza Bala-Usman, managing director of NPA, the port landlord, concedes there’s need to create measures that mitigate non-compliance to the obligations in the concession agreement.

However, the NPA cannot be a judge in a case that involves it. Experts have called for the involvement of critical government agencies that should play a role in the concessioning of the ports. Such agencies include Infrastructure Concession and Regulatory Commission (ICRC) and the Nigerian Shippers’ Council.

“Any review that wouldn’t involve the input of stakeholders in the port industry would not go far. Shippers, NPA, Shippers’ Council, terminal operators and maritime lawyers are also stakeholders because we identified legal issues in the agreement which also need to be addressed.

“An effective port industry would make better development of the law and certainty of the law. There are issues now that were not captured in the concession agreement and there has not been any regulation to take care of them,” he said.

On the need to involve the freight forwarders, Uche Increase, president of the National Association of Government Approved Freight Forwarders (NAGAFF) said, “The major area of interest is that during the port concession exercise of 2006, which was effected by the BPE, with the NPA, the concession agreement between the government and the private sector was carried out in a haste. At Antwerp Port, Belgium, it took them over 50 years to perfect a similar concession deal.

“The documents were hidden from the port users. So when the terminal operators took over in 2007, those fears that were anticipated started to manifest.

“All these were being experienced by the freight forwarders prompting us to infer that if we were there from the onset, we would have been able to contribute and give proper advice on the way things would efficiently work out as to guard against some of those uncertainties that later played out in our ports.

“Now that the government has seen reason to carry out a review of the port concession agreement, there is need to correct the initial mistakes done from the onset so that during the review, freight forwarders can be part of the committee for the review, and will be able to make contributions from our informed positions on what should be the corrections needed to be carried out,” Increase said.