Following reports of multiples of surcharges levied on cargoes to Nigeria by international shipping lines, the Nigerian government has mandated the Nigerian Shippers’ Council (NSC) to audit surcharges and other charges by the seaport terminal operators and sea carriers. 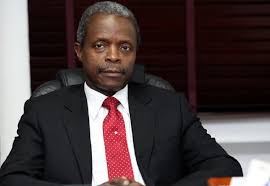 YemiOsibanjo, vice president of Nigeria and coordinator of the country’s ease of doing business initiative, said during a three-day sub-regional summit on the matter that as the port economic regulator, the Nigerian Shippers’ Council has been mandated to audit shipping lines charges, noting that efforts by the council in this direction has led to savings of N2 billion from surcharges by the shipping lines.

He stressed that all shipping lines must submit to the authority of the Shippers’ Council as the economic regulator of Nigeria’s seaports.

“In this regard, the federal government has mandated the Nigerian Shippers’ Council in her capacity as the port economic regulator to carry out a comprehensive audit of all the seaport terminals in Nigeria to ascertain their efficiency and competitiveness. The government will ensure that the outcome of the audit report will be fully implemented for improved port operation. The report of the audit will also spell out the responsibilities of terminals and the federal government,” said Osinbajo who was represented by RotimiAmaechi, minister of Transportation.

“Similarly, the council in her capacity as the port economic regulator is further mandate to monitor and supervise compliance to the Standards Operating Procedures by all port agencies and port service providers for improved service delivery.

“For instance, data obtained from Nigerian Shippers Council confirmation of reasonableness of demurrage charges for Central Bank of Nigeria revealed that more than N2 billion is repatriated by multinational shipping companies in a quarter of a year,” Osinbajo said.

The sub-regional summit on unfair shipping surcharges and high local shipping charges at the ports of West and African sub-region was hosted by the Nigerian Shippers Council, at which the various member shippers councils took turns to narrate peculiar surcharges being suffered by their importers in the hands of international shipping lines.

Surcharges are extra fees or imposition of additional charges on freight prepaid either due to operational delays, rents or other factors. Surcharges may be directly embedded in the freight prepaid or in addition to freight charge by shipping lines.

According to the Nigerian Shippers Council, which presented a paper titled, “Impact of unfair shipping surcharges and high local shipping charges on national economies of West and African states: Nigeria as a case study,” surcharges in Nigerian ports could raise trading costs by 23.5 percent.

However, the Nigerian Shippers Council identified 16 different surcharges to Nigerian ports as at 2017 on goods from Europe alone and 12 local charges, saying that shipping lines place surcharges on cargoes to the country arbitrarily and some of the surcharges have remained permanent. For instance, the council said Nigerian importers paid a whopping $166.9 million on Peak Season Surcharge and $267.1 million congestion surcharge in 2017. According to statistics from the council, Nigerian importers paid a total of N67.45 billion surcharges in 2017.

James Hookham, director, GSF, who presented a paper on GSF surcharges campaign enumerated the efforts being made by the forum to tackle surcharges by shipping lines. According to him, the cost of running shipping lines are constantly going up, with the sea carriers now using surcharges to cushion the effects of costs of maintaining their businesses.

He, however, said the Global Shippers Forum has been in the business of checking surcharges, for which it at the Colombo 2016 annual meeting adopted to influence renegotiation of Incoterms 2020; educate shippers on optimum use of Incoterms; and raise awareness of global bodies on impact of surcharges on cost of exports and imports in selected economies.

“We also adopted to extend investigations to charges imposed by ports and stevedores (THCs); expose basis for surcharges to provide transparency and ensure legitimacy as well as to promote quotation of all-inclusive freight rates by shipping lines,” Hookham said.

Hookham believes that while surcharges may not be eliminated, its basis and purpose could be made more understandable and transparent.

Giscard Ogoula, secretary-general of the UASC West and Central Africa sub-region, speaking on how his organization intend to check the multiple surcharges said, “We have to request to have the components of these charges. Secondly, we will put together all the technical issues involved so that we can be able to find specific solutions to each of them.

“The third thing we will do is to consolidate our relationship with GSF to deal with the issue of multiple surcharges at its conference coming up later in the year in London. We wish to be invited to the London conference to make our contribution and relate the peculiar surcharges and all issues around it. Then we should work on our transport cost element. We should be able to put in place, a framework for negotiation. I think, as a sub-regional body of Shippers’ Council, we should be able to negotiate deals with multinational shipping lines.”

Hassan Bello, executive secretary of Nigerian Shippers Council and host of the UASC/GSF summit, called on African shippers and shipping councils to mind the various Incoterms as they are international trade terms that bind, not only the developed worlds but also countries in Africa.

“Incoterms are made by the international body. We should pay attention to them. so, we need to go back to the drawing and make sure the interests of nations included,” he said.