Economic analysts have continually accentrated the fact that despite Nigeria’s struggle to attain self sufficiency in food production,the country possesses unique opportunities for growth and development, notably within the non-oil sector and food processing value chains that can be fully maximised through the development of a sustainable plan to put the nation on accelerated growth within well-specified and realistic attainable timelines. 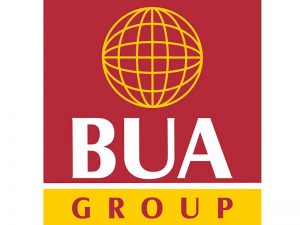 They also contend that the sugar sector is one of the critical economic facets in which Nigeria holds potential for not only self-sufficiency, but also, enormous opportunities for profitable investments, industrial growth, huge employment opportunities in the resultant value chain, and development of host communities.
According to Zacch Adedeji, executive secretary of the National Sugar Development Council (NSCDC), the sugar sector has in the last five years, attracted over N250 billion investments and is projected to draw higher investments in the coming years.
This, he explained, has been spurred by the growing involvement of indigenous sugar production companies working in accordance with the implementations of the Nigerian Sugar Master Plan (NSMP), a ten-year policy document designed to not only boost sugar production and accelerate self-sufficiency, but also, attract over $1 billion annually in local and foreign direct investments and create an estimated 107,000 jobs over the first ten year period.
In recognition of indigenous industrialisation to the development of the sugar sector, the National Sugar Development Council recently commended BUA Foods Plc, one of Nigeria’s leading indigenous food production companies over the level of progress made at its wholly owned subsidiary, LASUCO Sugar Company Limited (LASUCO) located in Lafiagi, Kwara State.
Speaking during a working visit to the 20,000 hectares plantation, Zacch Adedeji, the NSCDC executive secretary, thanked BUA Foods for its resilient commitment towards the council’s backward integration programme.
He also expressed satisfaction with the level of progress made at the integrated sugar factory, adding that it is an indication that Nigeria is moving a step closer to achieving self-sufficiency in sugar production.
Adedeji further disclosed that one of the major targets of the NSCDC is to locally produce 70 per cent of Nigeria’s sugar consumption which is currently at 1.7 million metric tonnes per annum of which LASUCO is expected to play a pivotal role by contributing up to 25 percent of the targeted local consumption based on its capacity.
The NSCDC executive secretary also observed that the company is working towards supporting farmers through an out-grower scheme to increase sugar cane production and provide a springboard for expansion of its local sugar production while impacting the host community and Nigerian economy at large.
“I am impressed with the level of progress I have seen here. All that’s required is to further develop the field to which I have seen the commitment of the BUA team” he added.
Addressing the NSDC team, Ayodele Abioye, acting managing director of BUA Foods, said the visit was timely as it restates the company’s drive to ensure the advancement of the food sector and the Nigerian economy.
Abioye noted that BUA is committed to fully attaining the NSDC’s backward integration program, noting that the company clearly understands its role in conserving foreign exchange, boosting local capacity, creating jobs,enhancing skill acquisition and ensuring that less emphasis is placed on imported raw materials.
“We believe at take-off, this enormous project will make a huge impact to our business and the aspirations of the council,” he said.
When fully completed, the over $300 million integrated sugar factory is expected to contain a sugar mill with a capacity of 10,000 tonnes of cane per day, a sugar refinery with an annual capacity of 220,000metric tonnes, a 35megawatts power generating plant to fuel the factory with potential to supply the national grid, and a 20 million-litre per annum ethanol production plant.
The plantation also includes a 3-kilometre airstrip of international standard, constructed to accelerate operations.