The approval for raw sugar quota allocations to local refineries will no longer depend on the size of refining capacity, but strictly based on their commitment towards the faithful implementation of the Backward Integration Programme (BIP), which they had, hitherto, signed on to. 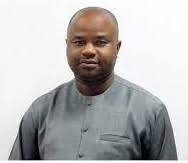 Zacch Adedeji, the executive secretary of the National Sugar Development Council (NSDC), who made the disclosure at the formal presentation of the 2022 presidential approval for raw sugar quota allocations to refineries, explained that allocations to operators is a way of rewarding them for efforts made in complying to the BIP policy which seeks to among other things, limit importation of the commodity as well as create millions of jobs for Nigerians, empowerment for the rural populace who live around sugar estates.

According to Adedeji, the council’s decision to make a public presentation of the approved presidential raw sugar quota, as well as the stakeholders’ engagement, was to further dissect and discuss critical issues bordering on the meaningful implementation of the Nigerian Sugar Master Plan (NSMP); as well as share perspectives on emerging sectoral issues which are critical to the attainment of the sugar self-sufficiency target.
The NSDC boss also dispelled reports on an alleged suspension of sale or production of sugar in the country  by any of the operators as a result of compliance issues or on the council’s mandate.
“There’s no suspension of sale or production of sugar in the country and actually, the stock that we have is enough for us and I have made it clear to the operators  that there should be an end to this kind of propaganda and sentiment.
“The council will not take it easy with anybody. As such, we must reassure Nigerians and dispel any fears on scarcity of sugar in the country,” he stated.
Adedeji admitted that there are challenges in the sugar sector, but stressed that it is far better if the challenges are communicated through the right channels and platforms, instead of resorting to sharp practises capable of reversing all the modest gains so far recorded in the sector.
He added that all BIP operators were by law mandated to operate strictly within the provisions of the master plan which is no longer a policy but now an Act of the National Assembly following its amendment in 2015.
According to him, the council remains fully committed to making the sugar sector environment more business-friendly and transparent in its engagement with existing and prospective investors through policy formulation and technical support.
Businessamlive Website Stats