Guinness Nigeria Plc emerged the lowest-performing stock on the Nigerian Stock Exchange (NSE) for the month of October in percentage terms. 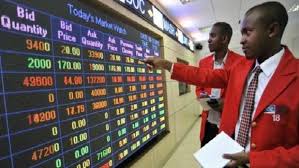 Data obtained by the News Agency of Nigeria (NAN) reports that the stock lost 29.85 per cent to close at N23.85 per share against the opening price of N34.
Ambrose Omordion, the chief operating officer, InvestData Ltd., attributed Guinness’ loss to poor earnings performance released by the company during the period under review. Omordion said that sell pressure by investors in the market in October contributed to Guinness’ decline.
It was trailed by PZ which dipped 21.43 per cent to close at N5.50, while Oando lost 17.14 per cent to close at N13.11 per share. Other losers are Lafarge Africa, GT Bank, Unity Bank, UACN, Lasaco Insurance, Nem Insurance and Champion Breweries.
Conversely, low capitalised stocks from the insurance sector, led by Consolidated Hallmark Insurance emerged the best performing stocks in percentage terms. Consolidated Hallmark inched 42.86 per cent to close at 40k per share on the strength of positive sentiment. It was followed by Continental Reinsurance, which appreciated by 15.94 per cent and Law Union Insurance grew by 15.38 per cent.
University Press grew by 15.04 per cent, despite its mixed numbers; just as NASCON appreciated by 10.82 per cent.  Red star followed with 9.89 per cent, Jaiz Bank rose 8.80 per cent, Tripple Gee inched 8.47 per cent, AG Leventis 7.69 per cent and Cornerstone 7.14 per cent.
However, the NSE All-Share Index during the period under review lost 1,275.21 points or 4.62 per cent to close at 26,355.35 against 27,630.56 recorded in September. Also, the market capitlaisation which opened at N13.450 trillion shed N621 billion or 4.62 per cent to close at N12.829 trillion.
However, traded volume for the period was up by 17.10 per cent with an exchange of 4.93 billion shares, as against 4.21 billion units recorded in the preceding month. Speaking on the market performance, Omordion expressed optimism that the stock market would end 2019 on a negative note going by trends posted so far. He stated that the possibility of the market closing positive was very slim due to mismatch in fiscal and monetary policies. According to him, the implementation of the 2019 budget has not reflected on the economy.